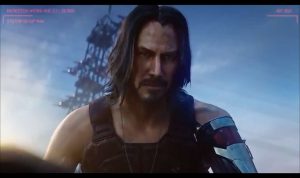 So far, what we all are anticipating is that Cyberpunk 2077’s title is on its way to get attributed revolutionary. The thematic lores and designing aesthetics of cyberpunk are going to get a new push this time. The plot of the game where Night City stands as the gaming environment in the backdrop of its storyline is also going to hit an enormous designing boost. Other significant categorizations between the poor and the rich will be gradually unveiled as the game progresses with other minute details like structural settings and attire coming forward as part of its thematic conception.

The new details are turning the heads of gamers across the globe and the best news is that CD Projekt Red still plans on spilling a few beans about the upcoming game with salient details before its release. Some of these details on CD Projekt Red’s Cyberpunk 2077 will come out via stream that plans on putting together a whopping 15 minutes of footage providing more insight on what is coming along with a follow-up interview with the developers. As this whole thing is going to be streamed online, you don’t have to be physically present at the event to witness the new update details regarding one of the most anticipated games in the upcoming line-up.

As per reports, the Gamescom event will host the stream for the release of the new details. Streaming is more dynamic in the backdrop of contemporary gaming standards and works perfectly even for the fanatics out there unable to attend the event in person. The officiator or host for the event will be CD’s Hollie Bennett. The event will have a congregation of various developers sharing their valuable insights regarding the designing, thematic, and creative lines in the making of this enormous game.

Fans will also get various tips and advice to control or hone the different game styles that can be selected for their characters during the gradual progression of the game. This can be classified as an extremely significant part of Cyberpunk 2077 and the event will be important for players to find clarification regarding various characterizations and customizations. The thematic differences are put under one shelter with various options that will formulate various combat approaches and storylines depending on the gamer.

From the likes of it, it can be said that this time, the gameplay will slightly resemble a stealthy approach in their combat along with subsidiary runner-gunners. However, these details might give away too much and the developers are not planning on their release anytime soon.

After a long wait, fans will get an insightful knowledge regarding various details about the districts. The variety in levels is another important experience and aspect in Cyberpunk 2077. It is a matter of excitement about what the visualization of the game will be like. Travelling and navigating the Night City is going to have the players fully engrossed in the game.

If you are willing to catch the live streaming, make sure to set your clocks for 2 pm EST on 30th August. It will be available on the official website for CD Projekt Red as well as the Mixer app. It is a marketing promotion on the game’s behalf that aims at keeping the release process to roll out before the public eye. And honestly, it is working great. The hype, excitement, and anticipation are monumental.