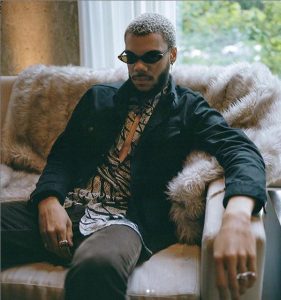 There is universal innovative independence in art that makes every artist stand out in creative intelligence and wisdom. Upcoming artist TWOTOOWAVY is curating various sound structures, modules, and rhythmic patterns to deconstruct his interpretations of musical intellect in the most mystifying of ways. His newly released Extended Play ‘WAVY SUNDAY 2’ is a creativity wrenching compilation of six tracks, each composed of an individualistic superiority of its own. As the audience flows into the mesmerizing intricacies of this EP, it’s evident chronology in terms of lyrical growth comes into their attention like a wave of musical greatness.

New York world singer TWOTOOWAVY plays with the limitless variations of world music in his musical canvas to present something out of the ordinary. Hip-hop might be his most conspicuous musical strain but he puts forwards the conceptual modulations of various genres to formulate a personal sound. His objective with music is to move and stir the audience’s heart and compel them to perceive emotions. The lyrics in songs from ‘WAVY SUNDAY 2’ like ‘FAVORITE DRUG’ or ‘TWENTYTWENTY’ all have the contemporary feel to it making them all the more relevant to the audience. Being a recording artist, his spectrum of creativity surpasses the various elements of music-making which in turn nourishes the aura of his songs into a more refined form.

The artist does not shy away from speaking his mind through his melodic structures and his songs ‘LOCKED IN’ or ‘SILK TALK’ is a display of creative greatness. Tyree Morrison who goes by his stage name TWOTOOWAVY might be a recent entrant in the scene but his sound has adorned the collective feel like a pristine auditory relief. If you are willing to experience the earthy aura of his musical trajectory, follow him on Soundcloud, Instagram and Twitter right away.

To enjoy the album visit the given below link :