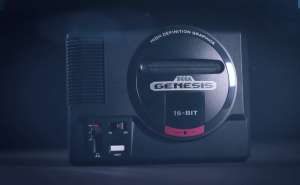 The gaming industry is at a point where multiple companies are coming up with high-end micro consoles. But if you’re suffering from gaming nostalgic fatigue then the latest retro console, the SEGA Genesis Mini is here to the rescue. But it poses a high threat from the other advanced games in the industry which has rapidly expanded within a short span.

With the release of every new game, the format becomes complex with even advanced mechanics but few gamers still prefer to experience retro classics and for them, the SEGA Genesis Mini is a savior.

The SEGA Genesis Mini might be good at reviving classics. It’s a handheld console which will enable the player to play some of the most popular classic video games through its game collections.

The Genesis Mini is a carefully considered package that serves both a nostalgic machine and a preserver of some of the rarer titles to feature on SEGA’s console. It connects via a TV screen or monitor and features classic games from M2, a Japanese game developer. Solid emulation and a collection of 42 mostly good games like Mega Man: The Wily Wars, Sonic the Hedgehog2, Street Fighter II: Special Championship Edition and Earthworm Jim make it a must-have for SEGA fans and anyone interested in 16-bit gaming.

However, the game does not include Genesis original sports games like NBA Jam and another problem which shows up while running the low-resolution games on an HD screen is that they appear like a Rorschach inkblot test. Though it provides enough nostalgia the game doesn’t offer any other convenient game play feature.

However, one can acquire the original quality of the video game by taking some alternatives. One such way is Digital Eclipse which is a vintage game emulator and will enable to capture the real essence of classic games. Till date, the best title which the company has focused to bring back is Street Fighter: 30th Anniversary Collection.

Advancement in technology has made it doubly hard for these games to preserve their niche and require adaptation of the old gaming technology as well as improvement in the current retro game versions.