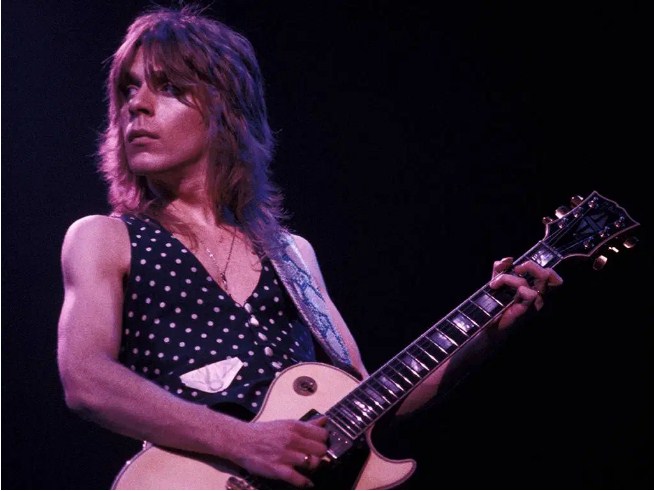 Several stolen keepsakes of Randy Rhoads were found in Hollywood dumpster that were stolen from the late metal guitarist’s personal collection have been located by a Los Angeles resident. It was reported by Bobbi Fredriksz who said that she was taken aback when she found some missing items in a Hollywood Boulevard dumpster on Sunday, items which were stolen the museum of Rhoads’ family’s Hollywood-based music institute, the Musonia School of Music. The theft took place a few days ago and most of the lost items were recovered after the news became viral.

Late guitarist Randy Rhoads shared the stage with Ozzy Osbourne many a time. The incident occurred on Thanksgiving evening in L.A. the world got to know about the theft of memorabilia of the legendary guitarist when Ozzy Osbourne shed light on the matter over the weekend by posting those missing items with a long message on social media. The heavy metal artist in his 70s offered a reward of hefty amount nearly US$25,000 to the one who could find the stolen items of his former band member and a true friend.

It was Fredriksz who reported for the first time with some missing lost items she identified from the dumpster. She did not pay any fastidious attention at first when she found a guitar and photos were lying around in the dumpster while walking her dog. But she recognized the missing items from Rhoads’ collection once she watched the shocking news of the robbery on television. She ran back to the same place to check on those dumped items and called the police. The news channel confirmed that those found missing objects were not the listed ones. The articles were some framed photographs, several small instrument cases.

The most valuable piece of all time among the whole collection of Rhoads was his first-ever owned guitar- a 1963 Harmony Rocket that once used to be presented in the museum as chef-d’œuvre. Apart from his first guitar, a rare prototype No. 1 or 2 series Randy Rhoads signature Marshall Head was missing including Rhoads’ original 1970s Peavey amp head which was the memento of the time when he performed using that with Quiet Riot.

Even a possession of Rhoads’ late mother Delores Rhoads had been stolen that evening it was the first trumpet given to her in her childhood by her father during the pre-war period. The trumpet helped to add many stories in the family. She started her career with the trumpet and lots of stories are welded with this instrument to inspire her son to be a musician.

Osborne left a dolor message after the precious memorabilia were stolen from the museum. It was heartbroken to see things of his family heritage were stole n and taken away from the family. After the appeal and awareness made by Osborne on this matter, many missing items were reported to be found. Rhoads’ nephew, Nick D’Argenzio told a source that his whole family was grateful for the humble step taken by Randy Rhoads’ bandmate. Musonia was built in 1948 by Delores and since then this music school and museum becomes the pilgrimage of rock and roll lovers.