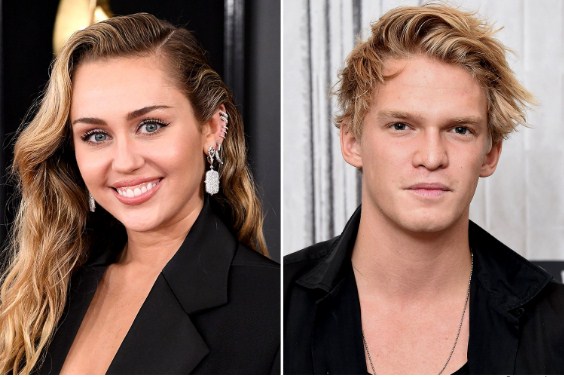 Miley Cyrus And Cody Simpson Reportedly Working On New Music Together – Details! As they are not just in love, as the matter of fact they are into the same profession gossips are popping up that they are thinking of to make some music together.

As their fans remember, they have been connected back in October and since then their romance has developed convincingly.

These feelings and bonding are benefitting the art, this is something unexpectedly great.

Some of the news reports state that as they have been planning to release an album soon they have started working for that from the very initial days of their relationship.

According to authentic sources, it has been confirmed that as Miley and Cody share the same passion and excitement about creating good music and they have so many things common in their life they are planning to showcase their talent combinedly since their first date.

Before they have been into the relationship they’ve been friends for many years and yet they have not launched any music album together.

But as the Australian singer is currently busy about his upcoming music album and Milly is also thinking to launch the seventh project She Is Miley Cyrus, it’s a perfect moment to join hands and give birth to some great collabs.

It can be speculated that as Miley has a deep fascination to write her music so the involvement of Cody will help her more to get the inspirations in writing.

As Cody is successful in this field so his motivation will Miley to write more poetry and songs. This is remarkable as it feels like speaking in another language, it gives them a deeper connection on every level. Music is the life for both of them so it perfectly makes sense when they enjoin to make beautiful tracks.