CHiLL’GUttA has Broken Conventional Myths with his Riveting Hiphop Songs

CHiLL’GUttA is a brilliant exponent in the hip hop genre who has delivered the brilliant songs ‘The Wake Up’ and ‘The Get Off’ which are both produced by Reuelethan. He is not only dishing out superlative songs but the Los Angeles rapper CHiLL’GUttA also owns a production house called ‘The Billion Dollar Company LLC’. He dishes out music independently and is instrumental in making his songs and gives out stunning performances in the music videos on his own. There are a couple of artists who work under the banner of his production house. He is a confident young singer who believes that his songs will fetch him a lot of money and bring in a lot of traffic for the streaming platforms. Other major songs by the singer are ‘Fuck Wrong Witcha’, ‘That Nigga’ produced by Reuelethan and ‘FREE Bullet Freestyle’. You can check out the latest posts made by the singer on Facebook. 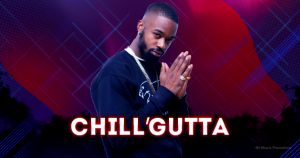 In the songs ‘The Wake Up’ and ‘The Get Off’ by CHiLL’GUttA there is an indomitable fast ace and an exciting vibrancy. The song has got a mindboggling funky tune with a sensational mumble in the rap. There is a carefree aura attached to the ambiance of the songs with the archetypal swagger of hip hop. The vibes are high intensity and the songs have an electronic backdrop. You can shrug off your shyness and start a chit chat with the singer on Twitter. To watch for the latest videos and pictures of the musician, you can peep into his Instagram profile.

‘The Wake Up’ by CHiLL’GUttA has got the profound bounce that blows away the listeners into instant ecstasy. In ‘The Get Off’ the staggering performance has an addictive groove that compels the audience into an uninterrupted engagement. Platforms like Soundcloud stream his music. Streaming sites like Spotify also airs his songs.

For more tracks of CHiLL’GUttA, Please go through the below link : https://soundcloud.com/chillgutta