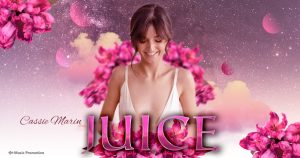 The newcomer indie artist Cassie Marin is living the American Dream with the unflinching musical endeavors that helped her to achieve many feats that once seemed impossible to pursue an ordinary American girl with a common goal like any other teenager. The Los Angeles singer shines her name in bold letters when it comes to glamorous pop trends. She has excelled to accomplish the peak of success with the new single of the year ‘Juice’ that caused an uproar among her fans and all the pop music enthusiasts now know her name from the tremendous piece of music. She might have the same dream as other millennial’s but she was blessed with groundbreaking talent as an artist and had a breakthrough with the single ‘Guilty’ shortly after she started her career.

Wonders never cease and it becomes clearer when Cassie Marin, after staring down several difficulties on her way to become the next sought-after pop star, achieves what she has always believed in. she is bred in California and possesses a keen flair for modern pop music. She started to devour music from a young age as her heart was set on the title of an unprecedented singer. ‘Juice’ is the latest track with banging rhythm and super fly lyrics by the 23 years old immensely talented singer.

About two months ago, Cassie Marin dropped a well-wrought pop EP ‘LOVE ME WELL’ with a burst of fresh electronic beats and sassy RnB elements that make it more of a unique amalgam of pop mix with other contemporary genres. Her significant style of singing and demonstrating delicate details of her personal affairs through inspiring and ambient songs make her an exquisite artist which the industry lacks to some extent. She will be performing live on 27th February at Adults Only bar, Hollywood California. Get more information on her Facebook, Instagram and Twitter about her previous records and latest events.

Visit here to listen to the ‘Juice’ song of Cassie Marin : https://soundcloud.com/cassiemarin/juice