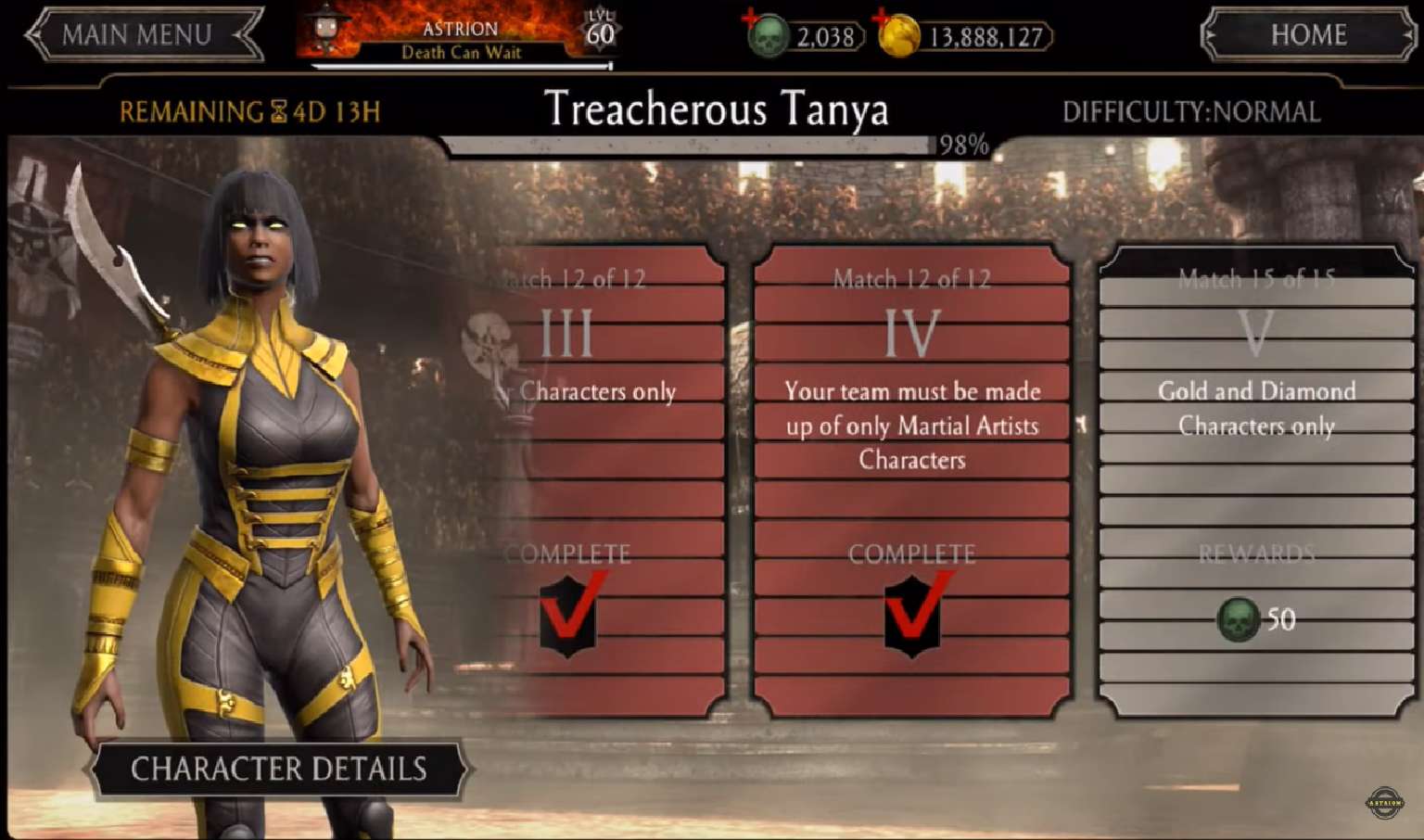 It is high time to give the chance to another character for availing of a weekly tower and this time it is none by the Edenian Tanya. The news that treacherous Tanya schemes her way into a weekly tower in Mortal Kombat mobile has made the fans excited as it is, of course, the X version.

The fans got to see the character of Tanya for the first time in Mortal Kombat 4. At first, it was planned that she would be Kitana but finally came out with the name after Ed Boon’s sister, Tania. To say the least, Tanya is a re-colored version of Kitana model, but without the mask.

In the Midway Timeline, Tanya was seen to be a worshiper of Shinnok and also allowed him to flee from Netherrealm into Edenia, where the war against the Elder Gods was started once again. Raiden had accumulated the greatest warriors of Earth Realm and entered Edenia to aid the resistance of Kitana.

Tanya did make an attempt of luring Liu Kang into a trap, but she failed, which ultimately led to the defeat of Quan Chi and Shinnok by Liu Kang, which forced them to go back to Netherrealm.

However, fans didn’t get to see Tanya until Mortal Kombat Deception, in which the fans go to know that she was working as an ‘ambassador’ for the Deadly Alliance of Shang Tsung and Quan Chi, who was defeated by the Dragon King Onaga. She was forced to serve the Dragon King and bring him to Edenia to gather information on Kamidogu.

She again showed up in Mortal Kombat X and this time by the side of Mileena. She had remarked that Mileena promised to free Edenia, a realm that was not separated from Outworld in this timeline after the defeat of Shao Khan at the end of the previous Mortal Kombat. For the second time, she showed up in the chapter of D’Vorah, where she might have been killed by D’Vorah if Cassie Cage hadn’t intervened.

The fans got to see two versions of Tanya in Mortal Kombat Mobile; Kobu Jutsu, and Dragon Naginata. The model of treacherous Tanya is pretty unique as it is not at all based on any of Tanya’s skin from Mortal Kombat X.

The towers of treacherous Tanya are quite like a standard series of towers, the first of which is Bronze characters only, the second is Bronze and Silver, while the third one is only Silver, the fourth one is Martial Artist, and the last one is Gold and Diamond characters only.

This means that the towers are pretty easy to get through and require no special characters to unlock her.

The character on Tanya is definitely unique in Mortal Kombat Mobile. Players would definitely not need to miss out on her weekly tower.