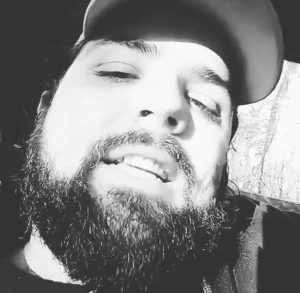 Hip-hop has finally been graced with a spacey rap superstar who understands the necessity and struggles to thrive in a competitive genre and hence includes all sorts of innovative vibes in his songs. Papii Nico marches with immense strength and confidence to step into the music forum and surprises all with his impactful rap ground. The St. Louis talented producer instantly becomes the big man on campus whose music is both far stretched and has it all to satisfy the listener’s senses. The artist simply makes himself stand out from his new peers by delivering an outstanding shot of rap that sounds superbly engaging and powerful.

The latest single ‘KENNY MARTIN-UntitledSection8’ has been a hugely anticipated one from the talented artist as it impresses everyone with its exploding melody line and glossy production. The sturdy music line is a stark reminder that the musician understands his music and has aptly fused his music with the rapper’s voice to make it sound charismatic. The song offers some of the best rapping moments and is certainly going to become one of the best compositions of his career. The skillful producer stands out at beat making and has ignited a fire in the recent creation by including his individuality.

Coming from St. Louis, Papii Nico allows his skills and creativity to venture throughout the soundtrack as it steadily progresses to uphold the colorful energy of hip-hop and rap. The artist uses his wild imagination and artistic thoughts to curate such a stunning melody line that shows there’s no limit to his passion and talent. ‘KENNY MARTIN-UntitledSection8 [prod. by papiinico]’ comes with no shortage of connection and easily catches the audience’s attention with its fluidity. The producer has certainly built up a strong and unwavering impression of himself in the industry with such a strong soundscape which can now be heard on Soundcloud. To know more about the artist, follow him on Instagram.

Visit to hear this song ‘KENNY MARTIN-UntitledSection8’ on Soundcloud :