With distinctive elements drawn from soul, blues, funk and hip hop, the genre of R&B has grown out to be the most lavish music form imparting its essence into the vast musical universe. The newly discovered gem ‘LOML’ by the promising artist Ice Man is a great example of lush cadence forming a perfect bond with the artistic capability of the musician presented through his melodic understanding, forming a flawless harmony. His dynamic vocal velocity adds out-worldly flavors to the tantalizing chord arrangements in the song, creating a mesmerizing atmosphere of sweet bliss and soulful imagination. 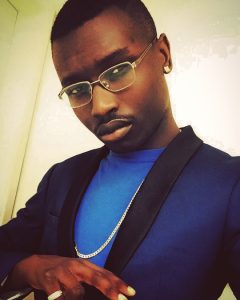 His soundscape is opulent in instrumental grandeur serving as the scenic canvas for his colorful melodic cadence which makes way for the incredibly fast verse throw accentuating his ingenious wordplay that impacts the listeners soothing their mind. This genius Los Angeles rapper masterfully molded his artistic expression into music employing sophisticated and beautifully synthesized melody that has captured the undivided attention of R&B music enthusiasts. Maintaining the traditional glory of the genre he encapsulates his feelings in a thoughtfully strung together garland of emotive illustrations conveying his artistic craftsmanship to the world.

Hailing from California the gifted artist brings forth his dynamic energy in each of his performance presenting his savage passion for the art of music. Ice Man is also known as Real Og Ice Man pierced through the hearts of many capturing the spirit of the era through his latest single ‘LOML’ activating poignant metaphors displaying his creative splendor. His robust voice reaches the highest pinnacle of tonal majesty in his other two tracks ‘FBP’ and ‘Pimp Diary’ that are exuberant with sincere devotion. His other two tracks called ‘bet a hundid’ and ‘Give A Fucc’ with DeeMoney follow the harmonic patterns with their sensual melodic lines. Ride along in his musical train and follow his brilliant artistry on SoundCloud, Twitter, and YouTube.

Listen to this track on SoundCloud: