T he American hip-hopper Cu$hy does not stop to stun the world every time with new music flow. He comes with a new album ‘BHB’ on SoundCloud this year, having 11 tracks of eleven fearless approaches to the society. The Los Alamitos rapper leaps boldly from one scape to another surface through music. The strong-gripped, random switch between his profound voice and different instrumentation leave the stain of the constant dissatisfaction he has succumbed to in his life. The leading rap song of the album, ‘Welcome’ brings in the style of vigilance and resistance to be his predominating nature. 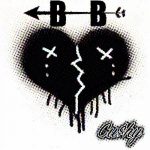 The first thing to know about Cu$hy’s music is that his words are the reflection of his experiences. He is highly influenced by the surroundings and the strange situations life puts him in; making every heartbreak and disheartenment a story for his songs. ‘WithHim’ is another smashing song with an innovative style of rap flow that intrigues the listeners to feel every word he narrates. He is an empirical rapper who never tries to hide his dark obsessions and frolic decisions from the world, helping him to create a strong bond with his fans for rapping with no air.

He is ravenous for a pompous outlet of music for his emotions and that is quite visible in his new full-length album ‘BHB’ with songs in myriad variety. ‘Cloded-Judgement’ has a strong connotation of poignancy in the signature style of the utterance of the upcoming artist. The tracks are mainly about the deadpan moments he overcame and the holistic hustle that has earned him widespread admiration over the past couple of years. His precision of plainspoken facts in the rap verses makes the distinction of his unique style in the industry that will likely remain unmatched. Find him on Twitter, and Instagram with more content.