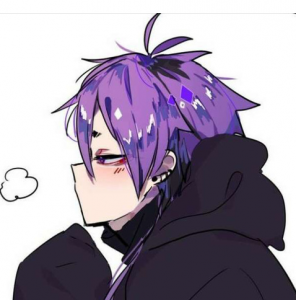 Blending the essence of various genres, emo rap has emerged into the hip hop game redefining the appeal of the genre in the mainstream musicality. The newest rising star in the scene Sav3M3Pls presents his revolutionary approach to implement the substantial elements of emo music combined with his unpredictable and savage lyricism in his soundscape. His sullen artistry which is a fundamental factor in the genre achieves a higher level standing upon his powerful yet surly melody. His latest track ‘Iknowimafuckupbutimtryingsowhyareyoucrying’, and ‘FEELSLIKEFOREVER’ successfully carries out the truest form of emo-rap with his significantly dark and provoking word arrangements intensified by his moody crooning creating a bleak ambiance.

The strong sense of emotion that his music produce so effortlessly deals with the gloomy aspects of depression and one’s journey throughout the process painting vivid imagery with his skillful employment of sensitive libretto and equally melancholic instrumental beats. Piercing through the hearts of his listeners, the South Carolina Rapper’s music finds its significance through the smooth and mournful delivery of its picturesque symbolism. Dealing with the themes of anxiety and loneliness, his music has gained quite a lot of attention from the audience and the industry alike with the apt use of splendid guitar and pumping drums producing a tonal majesty.

Based out of South Carolina, this musical maestro has managed to prove his relevancy among his contemporaries with the allusion of his relatable and heartfelt creations like ‘Broken’ and ‘Payback’ that represent his struggles battling his inner demons exuding his pain and grief generating powerful emotions from his listeners. Projecting his music as a coping mechanism in this world of despair, Sav3M3Pls channels his sensations into music-making, trying to find a will to live and give people hope. Follow his poignant musicality on SoundCloud and watch out for a more mesmerizing composition.