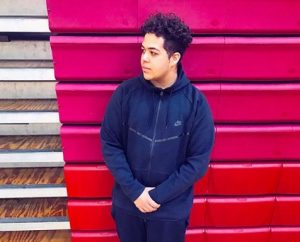 The American boy next door with big dreams, TrillRev made his name international with his debut single ‘Icy’ on Soundcloud. Growing up in the hustle-bustle of New York makes it very difficult not to lose the path that one is destined for. The young New York hip hop artist TrillRev met with many difficulties in life for his choice to keep the fire of passion at its peak under any circumstances. He started to write songs in his sophomore year of high school as an outlet to deal with strange emotions and experiences he was imbibing. Music helped him to heal the pain and disheartenment he received from a life that was unjust. Finally, in April 2020, he came bigger than his own crumbling shadow with an enticing and groovy hip hop number that stole all the hearts right away.

TrillRev is the new future of hip hop music that becomes conspicuous in his first indie rap song ‘Icy’ filled with his raffish charms. It’s a song concocted with the heavy bass flow and unstoppable rap fumes that have a resemblance to the stories he buried long years back. His music has the indigenous similarities in its rhythms that every American loved. His inflow of words paints a clear picture in the head of his audience that has painted truth to give fake pleasure. His style of rap is raw, unmatched with an honest-to-goodness attitude for the love of music.

The new artist is on his way to surprise the world with more hypnotic songs so that the listeners cannot stop dancing on the endless beats. His debut single has become an instant hit with the grooves beyond its measures. The sound of catchy hooks with head-bobbing rhythms is a catch for any hip hop lover. Follow him on Instagram to know about his next releases.

Listen to this song :