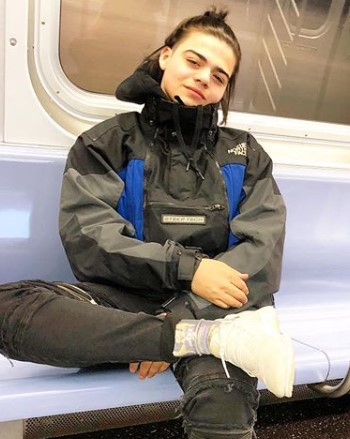 A stupendous show of musical artistry has been displayed by the very accomplished rapper and rock musician, Yung Nino. The singer has dished out engrossing numbers like ‘NO HOOK’ featuring FELGUD, ‘HE SAY .. SHE SAY’ that also features EBE BUDDA & RAYBOII, ‘SET IT OFF !¡’ with KADIŃ and ‘KOBE’ that features KADIN and LILO. The singer who is based out of Brooklyn in New York has sung other riveting tracks like ‘Why am I ?’. The large-hearted person happens to be a very smart singer. He has an eclectic approach to song-making. He is an avid sportsperson and has got an immense liking for video games. You can check out the latest posts made by the singer by plugging on to his Facebook profile.

In the peppy numbers ‘HE SAY .. SHE SAY’, ‘NO HOOK’, ‘KOBE’ and ‘SET IT OFF!¡’ by the breathtaking rapper Yung Nino, there are tremendous foot-tapping vibes. The electronic backdrop along with flickers of instrumentation creates an enormity of modern sound that amplifies the decibel quotient of the tracks. The numbers are filled to the brim with overflowing energy. You can also catch a glimpse of the latest and future endeavors that are taken up by the singer by getting logged in to his Instagram.

In the remarkable tracks by the astonishing singer, there is the rawness that will knock the daylight out of you with its fascinating vocals and hook of the riffs. In the tracks, there are lots of elements of fun and funk that hammer home its essence. It is a stunning display by the singer. The singer is a quintessential white kid who is very focused on what he wants from life as he wants to be a rich person. You can plug into major trending music streaming sites like Soundcloud to hear his ear candy tracks.

To check out other songs of Yung Nino, visit the given link: