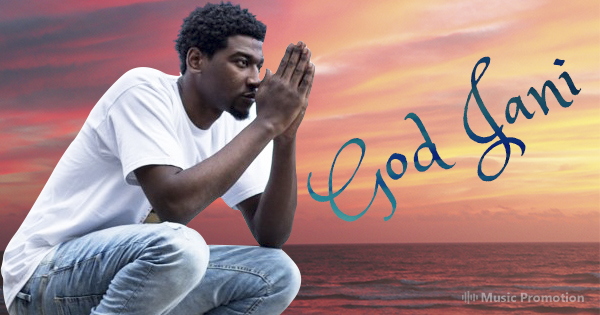 How often does hip-hop entertain a talent that makes headlines by introducing a whole new style of music to the game? God Jani forces his magic on the industry by releasing his high profile creations that seriously takes the audience on a tour of perfect hip-hop. By culminating all sorts of eyes shutting and headbanging elements in his songs, the Washington underground legend sprouts blissful affirmations from the industry within a short span. If there’s anything that can describe his music then it’s the fact that the artist’s talent isn’t beholden to any expectations or stereotypes from history. By effectively crafting his own path while relying on his unique creativity and experimental sounds the rapper has claimed his position amongst the top of new artists whose sound is fresh and easy to relate.

The artist is a singer, rapper, and songwriter whose soulful voice, catchy lyrics, and the fun word play have earned him a huge fan base in the hip-hop genre. With a style that is unmatched and his raw work, the rapper has introduced exciting rhythms in his latest album ‘Underground Soul’. The songs consist of trippy hard beats combined with thoughtful rhymes and smooth harmonies. Few songs which perfectly summarize his potential are ‘Grimey (New Single 2020)’, ‘Move On’, ‘Underground’, and ‘Hey’. Being heavily credited for his solo work, God Jani proves his hit-making abilities and brings in a new air of freshness to the rap game.

Coming from the DC Metropolitan area, the rapper has influenced everyone with his catchy smooth sound and all his compositions are built under the label 5D Music Ltd. Focusing mainly on the underground soul, hip-hop, and R&B to create his songs, the talented music maker presents a collection of surreal harmonies that demands full attention from people all over the world. Listen to all his songs on Soundcloud and YouTube, and follow him on Facebook, Instagram, and Twitter for more updates.