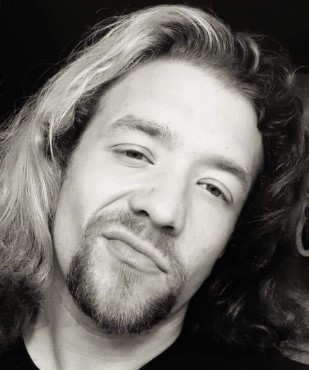 Initially created as the mouthpiece of the generation, the genre of hip hop and rap has evolved immensely incorporating various elemental tonalities, emerging as one of the most versatile musical forms in the world. Thriving hip hop musician CANALES aka C~note channels his fiery passion and vigorous energy into the art of music-making forming a soundscape opulent with pounding grooves gliding smoothly with the syncopated instrumentation that serves as the perfect base for his well-structured original wordplay that formulates his true artistic genius. Hoping to convey positive vibes to his followers, this talented musician employs his musical wisdom to construct euphoric tonal delicacy wrapped around the lyrical vividness in each of his mesmerizing compositions.

Focusing on the fundamental mechanics of the rap flow, this gifted American rapper CANALES emphasizes on the perfect equilibrium between the steady melodic beats and the skillful rhyming cadence. Armed with a genuine passion for the art, he utilizes his rhythmic and poetic understandings to form a musical singularity that takes his artistic craftsmanship to the next level. Influenced by the masters of the genre Snoop Dog and Dr. Dre, he has effortlessly ignited the fire on the stage with his blazing hot energy, emerging as the ultimate rap hybrid.

Based out of California, this rising rapper expresses his tales of struggle through various hardships in life thoroughly with carefully crafted illustrative narratives employing thought-provoking and emotive words. His therapeutic melodies create an empowering atmosphere with vibrant optimism with the masterful implementation of upbeat sonic charms. Leading his very own production house Kush’d Out Productions, C~note famously known by his stage name CANALES is imparting his boisterous positivity through his intense soundtracks like ‘Snap Back’,‘The Tango’, ‘Ramblin (Here I Sit)’, ‘Psst…’, and ‘DOWNSIDE’, developing a growing fan base. Follow his original musicality on SoundCloud, Facebook, Twitter, YouTube, and Instagram and get ready for his upcoming projects.

Check out all songs of rapper CANALES, visit the given link: