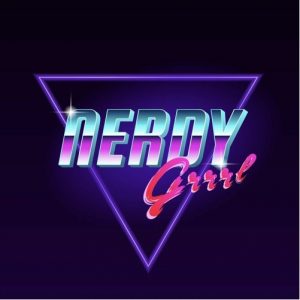 Alternative musical strains have allowed artists to bring to the collective table a versatile stream of music-making concepts. Following the footsteps of eccentric musical notoriety is the upcoming alternative three-piece band Nerdy Grrrl. Their scope of lyrical and musical symbiosis is so fresh and unique that they have set a benchmark of creative congeniality among fellow musicians as well as the audience. They recently released a new song, ‘Home Today’, a beautiful admixture of various elemental components of instruments, rhythms, and vocals that collectively brim with an essence of artistic freedom. The song is monumental in their career as a band and as individual artists allowing them to extract more wisdom and insights of music’s endless expanse.

The aggregated musical pursuits of the alternative rock band from New England Nerdy Grrrl includes the collaboration of WIlm on vocals, piano and guitar, Diesel on bass guitar and backing vocals, and Oliver on drums and percussion. Together, they have discovered a musical entity that redefines a blended resonance of classic rock infused with the quirk of the 80’s new wave and 90’s post-grunge influences. As a result of such a diverse amalgamation, ‘Home Today’ also sets the definitions of musical evolution through its blended enamel.

The band is currently associated with the label house, Subatomic, and are pursuing their full-length album, ‘Someday In may’ set to release in 2021. With such a huge door of opportunity, Nerdy Grrrl is constantly improving and improvising their sound like a challenging method to surpass their own artistic boundaries. Some of their other songs like ‘This House Is Haunted’, ‘Ego Death’ and ‘Ghost’ beautifully capture their natural creative instincts in a complementing way. A variant of musical and lyrical standards and stereotypes, their style is exclusive and influences pop culture immensely. Follow them on Soundcloud, Spotify, Instagram and Apple Music to get astonished at their creative legacy.