A tremendous show has been displayed by the gifted artist Cheno Royal with his new track. He has come up with the flamboyant number ‘Beetle Juice’ that has a heck of a pace and an insane release. It is a grand and gorgeous execution by the Indiana rapper. The singer has a shaggy look and is hell-bent on achieving whatever he wishes to. The track has got an immersive vibe with an exquisite melody. The rapper boasts of owning an up to the minute production house called ‘Royal Lake Records’ that has state of the art facilities. He has used a lot of expletives in his tracks as he believes that negative is very much viable and communicable. He drew a lot of inspiration from his mother and son and used it as an affirmative in his songs. The audience can log on to the Facebook profile of the singer and get a sneak peek of his shared posts. 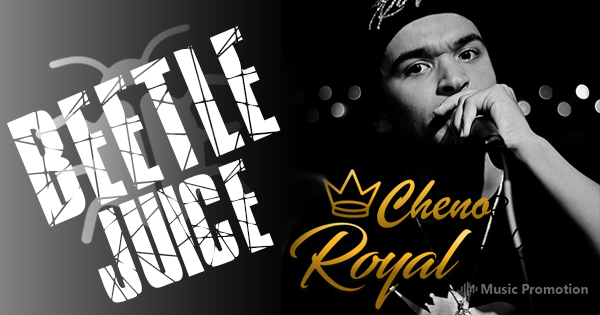 In the track ‘Beetle Juice’ by the accomplished rapper Cheno Royal there is a tremendous bounce that engages fans in numbers. The musicianship has an eclectic appeal with modern styles of rap with plenty of energy. The hook of the song creates an optimistic aura in the soundscape. The fans can plug into the Instagram handle of the rapper and get to know about his future endeavors.

In the rap number by the stupendous rapper, the immersive vocals have a blissful vibe. The thumping beats come with stylish rap flow. There is a dash of confidence in the vocal moments which are pretty much versatile. The clap of the beats raises the energy level with an unwavering passion. He has sung other popular numbers like ‘EveryBody’, ‘Dirty’, and ‘Survivor’. One can get logged in to popular music streaming apps like Spotify to listen to his impressive numbers.

Just go for this track ‘Beetle Juice’ by Cheno Royal :