The famous rapper Playyboi Pudd returns to take the stage on fire with an outstanding hip hop number ‘HOOD HOP FREESTYLE’ that has created quite a buzz on SoundCloud and other streaming stations. The New Jersey Rapper shows exceeding prowess in maintaining a dual scape of music. His flexible tuning both in hip hop and R&b melodies resembles the legends of the industry like Jay Z and Lil Wayne who is equally accomplished for working with artists in both genres. Following his idols’ footsteps, he has founded Anti-Social Club Ent. which is an independent entertainment company specializing in hip-hop and RnB music. 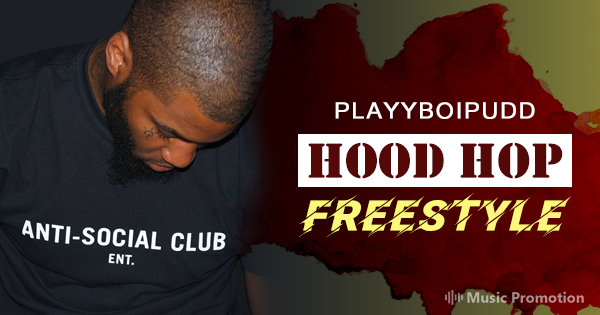 Playyboi Pudd is currently enjoying the limelight for producing several cutting-edge hip hop romantic and dance numbers from his label Anti-Social Club Ent. and ‘HOOD HOP FREESTYLE’ is his latest addition in the marathon of success. It is neither pure hip hop nor sultry R&B track but an upbeat freestyle composition that will shimmy that body as soon as we hear him singing the hook. Coming from a neglected piece of land, Camden, NJ, his whole life has been surrounded by crimes and violence that became a part of his life though he had different plans for his ambitious future. Growing up in the odd circumstances, he has found the undying zeal in him that moved him forward with his dream to be the person everyone looks up to and iconize. The reality does not match at all with his past hardships and dark phases. The incredible passion for rapping and singing stood him at the juncture of undiminishable popularity.

‘BUSTIN OUT THE RAPPERS’ featuring Mo Betta is the latest track that has become a big hit immediately for its classic tempo and fascinating vocal-led intro. He is the best among the new slot of musicians that 2019 has discovered. Find more interesting songs like ‘LOVE IS A BATTLEFIELD’ and ‘BLAME ON ME’ on his website, youtube, Facebook, Instagram, and Twitter.

Click here to get the full track on SoundCloud: