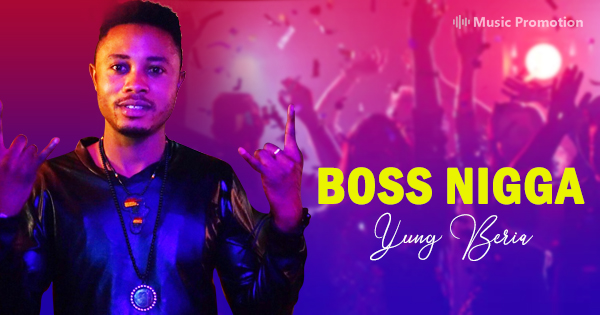 The upcoming young artist Yung Beria has made an unparalleled achievement with the success of the new single ‘Boss Nigga’ that spills out a lot of histories and unconventional approach about his roots. It is a moderately lengthy song that is infused with untouched cores of hip hop music so far. It is the best depiction of what gangsta rap in 2020 has evolved into. The Atlanta rapper makes this composition dedicated to all the real-life fighters whose rights and opportunities to rise have been curtailed. He shows them the world is for the hard-working fellows and it’s just some moments away.

Yung Beria is a native of Liberia who made promising endeavors in the USA as time passed by and he found a deeper connection with music. Though he is getting into the grit of the music industry, he has not left behind all the conventional and groundbreaking approaches that he learned from his roots. With his prominence growing bigger, he becomes the example who can rebuke against the deceitful system or simply can show off how big his accomplishments are. Music has taught him to be respectful and sincere about his passion and he has been spinning with new records every now and then to live up to the name. ‘Movie’ is a classic rap song that is far off than what the fans have known him for. ‘Test Drive’ is involved more into deep bass to evocate the best rap verses he put down in his songs.

‘Boss Nigga’ carries influential instances that will surely create a buzz that won’t fade out throughout this year. It’s a song about confidence and power that one can feel pounding in his/her heart while listening to its awesome hooks. It is produced by Beriacityentertainment and the rapper will be seeing releasing his 4th studio album soon. Stay tuned with his music and news on Instagram.