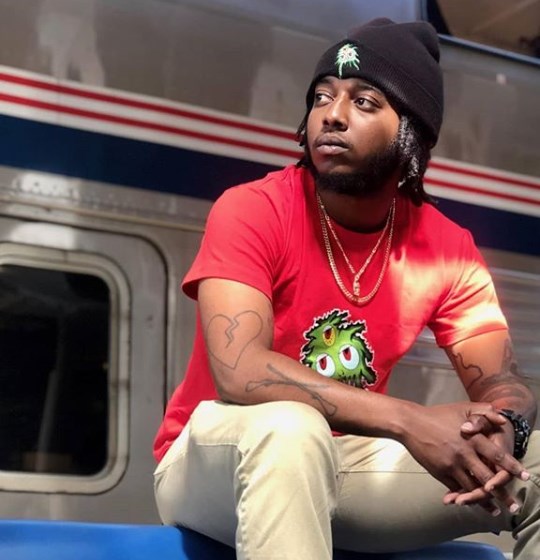 The upcoming American artist from Deltona, Masta Q is presenting a captivating stream of musical and thematic touching the scope of personal dreams in ‘Prosperous’.

(WorldFrontNews Editorial):- Deltona, Jun 29, 2020 (Issuewire.com) – Contemporary hip-hop verticals have given bot the artist and the audience to nurture new styles and musical eccentricities. Upcoming hip-hop artist Masta Q has curated a personalized soundscape by accumulating his wisdom and experiences over the years that helped him find his artistic side. He recently came out with the single, ‘Prosperous‘, a lyrical tribute to his own self who sets the goals and purposeful objectives that he expects from life. The song is everyone’s story told in a little differently but inspires all to look into the crevices of activities that make us complete. The song is also designed to highlight the rhythmic structuration and formatting in modern-day hip-hop and the artist seamlessly balances his vocal coordinates to make it a strikingly captivating track.

Riquan Murray is an upcoming American artist from Deltona Masta Q who adopted his new stage name after he decided to pursue music as his career after his tour of duty with the U.S. Army. Although his professional career as a musician was off to a late start, his tryst with music started at the age of 6 and over the years, his passion for music and songwriting only grew stronger. His soundscape is an inclusive arena of various musical styles like hip-hop, rap, trap, and R&B that create a balanced and welcoming culture for the ongoing crowd of music enthusiasts. The song, ‘Prosperous‘ is not only rich in thematic and poetic elements but also weaves together a diverse range of musical influences and inspirations in its sound, harmonies, and rhythmic insertions.

The soundscape developed by independent artist Masta Q is authentic, original, unique, and creative and caters to a wide range of audiences because of its hybrid musical qualities. The same stands true for his other songs like ‘Dark Nights’, ‘Keys’, ‘Monster Or Goblin’, and ‘Persistence’. The strains of contemporary hip-hop have been rightly imbibed by him and hence, his outspokenness of creative definitions is always at par with the cultural orientation. He hails Nas and Michael Jackson as two of his biggest inspirations who were instrumental in the discovery of his own knack for music. Follow his work on YouTube, Facebook, Instagram, Twitter, Apple Music and Spotify for more of his breakthrough music ventures.

To enjoy this music video ‘Prosperous’, check out the given below link :