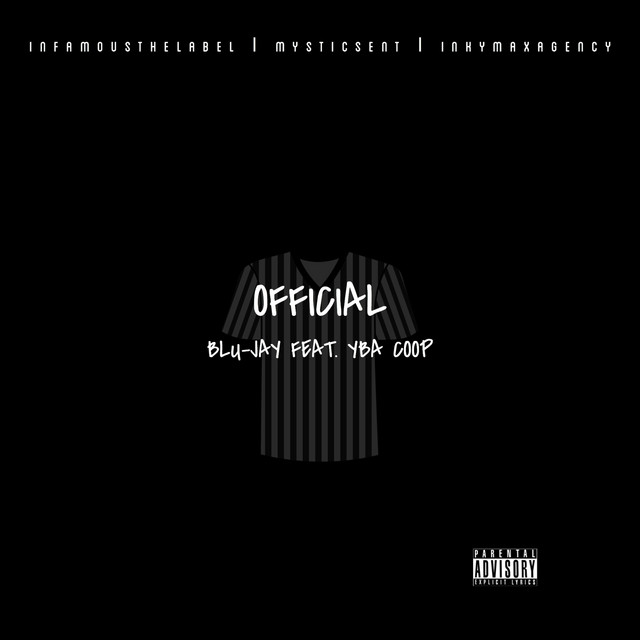 Blu-Jay has belted out the ripping hip hop number ‘Official’ that has enrapturing and wondrous tunes of rap. The track has got a brilliant and sassy hook-line.

(WorldFrontNews Editorial):- Lawrenceville, Jul 8, 2020 (Issuewire.com) – An incredible rap number is dished out with a touch of elegance by the astounding rapper Blu-Jay. He has come up with the enthralling hip hop number ‘Official‘ that also features YBA Coop. The artist is committed to his art and is the owner of two up to the minute production houses called ‘Infamous Sound Music Line’ and ‘Mystics Ent’ that has futuristic facilities. There is a touch of gangster rap in his numbers that has flashy beats. The audiences can check out the interesting posts made by the singer on his Facebook wall. The fans can glance through his latest pictures and videos by plugging on to his Instagram handle.

In the vivacious track by the accomplished rapper Blu-Jay, there is a great rhythm with retro tunes of authentic fusion. The energizing groove can be found in the multiple layers that have hypnotic vibes. The inspirational singer who is famous for his hustle rap has been inspired by icons like 2 Chainz, T.I., Lil Wayne, Rick Ross, and Nipsey Hussle. The fans can also engage in an impromptu conversation with the musician by logging on to his Twitter handle.

‘Official’ represents some infectious hooks that are stylishly incorporated by this prolific rapper. The fast-paced track has got a heavy electronic backdrop that is kissed with exquisite funk. The active musician is gearing up for the release of his upcoming ventures namely ‘Blu-Flame 2’ and ‘Blu-Coop’. To listen to his impressive hit songs, one can log on to popular music streaming apps like Spotify.