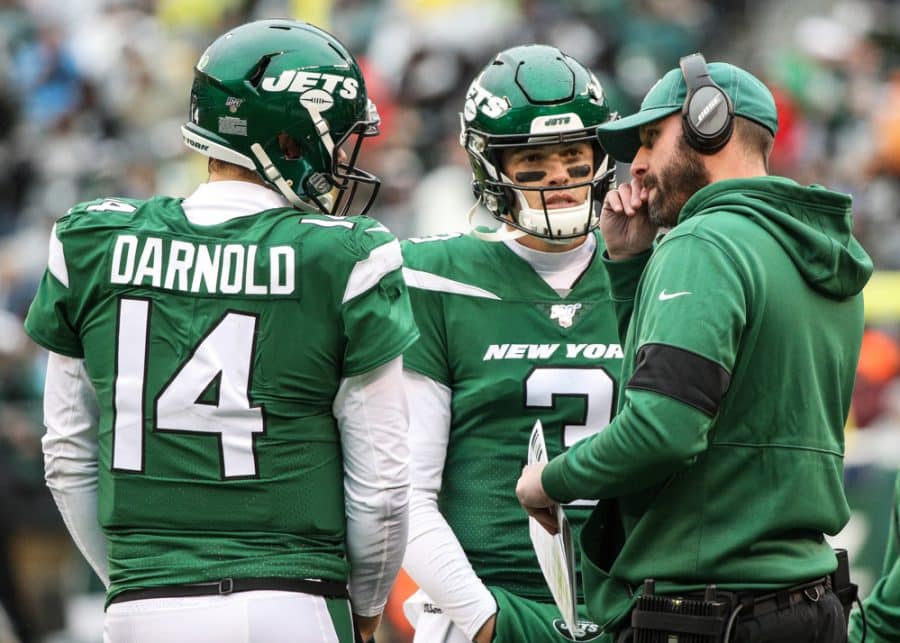 Adam Gase who happens to be the head coach of New York Jets has stated today that he wants to take on board his star player Jamal Adams for the upcoming season. He wants to see his favorite player back in the team.

Gase had a word with the media. When asked by several media outlets, he said that he wants Adams back in the team after a trade or a deal is requested by the 24-year-old and he also stated that he wishes from the bottom of his heart that the situation of the players get resolved. Jets’ Head Coach Adam Gase Wants Jamal Adams Back.

While answering the reporters, Gase said that some way or the other away has to be found out and one has to figure out so that a good place can be reached that will enable them to get him back in the correct position as they are raring to go for it. The reporters were anxious enough to hear about the thoughts of the coach about the current situation that is prevailing.

According to a Tweet by the NY Daily News Reports from 26th June, it is said that Adam Gase has defended the relationship he has with Jamal Adams.

The head coach of Jets was very particular Adams and went on to say that on the roster he happens to be one of the best players and it is inevitable that the team takes on the onus to make a huge effort so that he is kept in the Big Apple.

It appears that the recent developments were taken very seriously by the entire organization especially the one that happened just a few days ago. There are footages of Adams where it can be seen that he is saying to the fans that he is trying very hard to work out a deal or a trade with the Cowboys as it can bring in numerous reactions that can be found all over the internet and especially among the fans of Jets as they are very much upset after everything has appeared on the internet.

Trade has been requested by Adams last week and this news is true according to various sources, as seven teams have been underlined where he very much wants to continue his career. His desirable destinations include Eagles, Seahawks, 49ers, Chiefs, Cowboys, Texans, and Ravens.

According to another tweet that came out on 24th June posted by B/R Gridiron which stated that the head coach of Jets, Adam Gase happens to be a major factor regarding the request of a trade made by Jamal Adams related to star safety.

Admas is still very much there on his Rookie Contract that is going to last until the end of the season in 2021. The player is very much eager to get the extensions signed by the end of the season this summer and for a very long time, he has been pointing at it through various indications. In the end, after a total lack of interest by Jets in this particular subject he decided upon applying certain radical measures.

In the next year, he is all set to earn a staggering amount of $3.6 million and as of figures about last year about his all-important rookie deal that amounts to $9.9 million, that is way below the expectations of Adams. The Jets are left with an important option where they can very well use a tag from the franchise on him for the year 2022. But with the given current situation he is in it does not seem to be very likely.

According to some of the sources, the two-time Pro Bowler and the two-time All-Pro is aiming very hard for a salary that is all set to make him one of the highest-paid and top bracket defensive players who have been playing in the league.