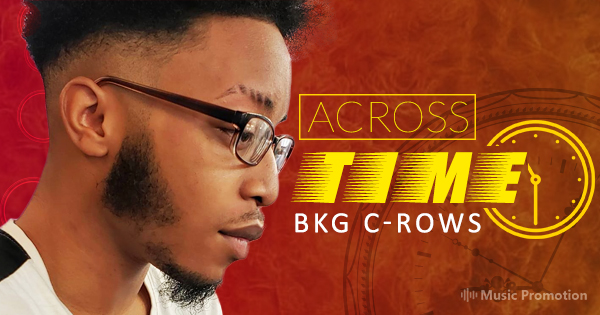 A transgressive musical progression alongside the conspicuous and expressive virtues of hip-hop and rap defines upcoming artist BKG C-rows’ soundscape. His music is a resonating interpretation of themes that are presented through the hybrid amalgamation of hip-hop, rap, R&B, and jazz strains all put together in a course of contemporary creative proximities. He recently came out with the single, ‘Across Time’ that serves the purposes of music and gives the collective industry a taste of uniqueness and musical eccentricity. The individual artist is a one-man army who has nurtured the streaming essence of the single and put in his active resilience to come out with something that will redefine standards and guidelines.

Hip-hop artist Kamaris Baynard is a New York rapper hailing from Utica and has imbibed the diversity of musical expressions over the years of his creative growth. The thematic virtues of his songs are mostly influenced by his own experiences and exposures through life that beautifully transcends into thematic modules in his music. ‘Across Time’ is a milestone in his career and the acknowledgment of this creative birth will take him a long way. His music is influenced by the works of Method Man and Dave East that provided a mixed bag of creative diversity. His alter ego, ‘The Black Panther’ tries to inculcate the cultural significance of his community and tries to spread awareness through his music.

Artist BKG C-rows is currently associated with the label Baynard-Winns and is enjoying his musical exposure like never before. Some of his other songs that add to his career graph include ‘Sum Different’, ‘Main Shit’, ‘Early Mornin’ and ‘Say Ma Name’. He also has a mixtape called Chillhop Tape in line for release soon that will further expand his creative arc. Be a part of this limitless scope of hip-hop and rap virtues by following him on Soundcloud, Twitter, Instagram and Facebook.

Listen to this track visit the given below link :