Kandiburruss Rants About Managing Multiple Businesses All By Herself 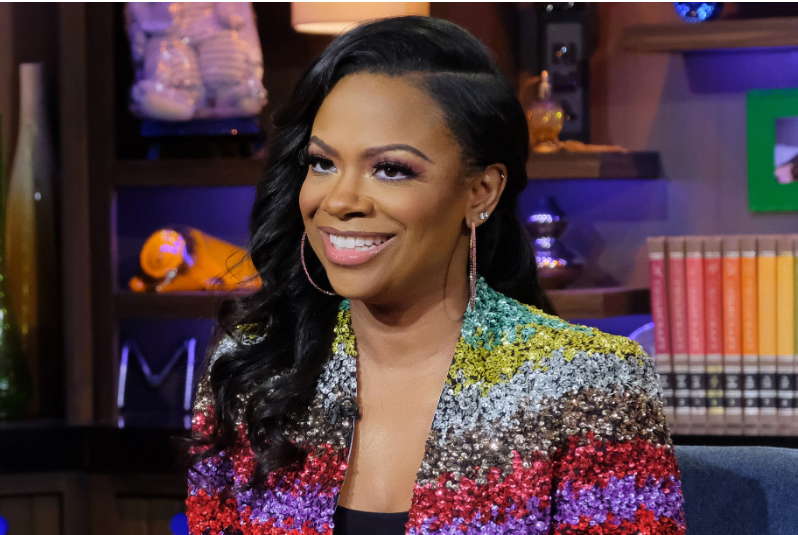 KandiBurruss seems to be mad at the fact that she is always so busy with so many things around her, especially her businesses. She is even busier these days but she still takes her time out to keep her fans updated about all the activities she is involved with. Even though KandiBurruss Raves About Running Multiple Businesses, she posts a stunning picture and struts her stuff with some words about how she is branching out her stores.

She writes a caption for the photograph that says, ‘Gotta keep your running shoes on when you’re running multiple businesses! 👟’ and adds the new location of the latest inventory for Tags Boutique.

Her Instagram followers cannot stop showing love and support for her new collection at a new place. An old fan instantly commented that she looked gorgeous with the running shoes on and it made his want to marry her. The person also said that she did not know how she felt it so rapidly but KandiBurruss nailed that look. Another follower showed her love saying that she looked awesome and she owned the block since she stepped on its path. She wanted to tell Kandi to be more fearless and keep on building her legacy like a queen.

One of her Instagram followers showed some humor when she wrote that Burruss should give away her old running shoes so that her followers can start up one of those businesses like her. One of the fans defended saying that people who wanted to ruin her post for the caption then they should not try to do so.

A true fan of Burruss made a comment saying how much she loved her new look. That one fan was a nurse anesthetist, wife, and mother of 5 stubborn children and she also manages an enterprise single-handedly with her running shoes on. People who are constantly stepping into purpose should always be ready to manage any difficulties on the way and be blessed with progression in life. Another member of her Instagram fan club wrote that she was wearing those running shoes because she had hit her toes badly. It was a small joke that was followed by a compliment that said, ‘jk you cute.’

KandiBurruss is a big star from the reality show RHOA. She has a never-ending list of American fans and followers who wait for her regular updates about her life and activities. Running multiple businesses can be a cause of her vanity that her followers admire.

One of the Instagram users addressed the following comment to the RHOA star, ‘@kandiThere’s an article going around saying Mo’nique the comedian is coming on Real Housewives of Atlanta. Please give us a hint this is real???’

Some fans are surprised to see her managing both sides of her life so skilfully. A fan asked her how she could do so much alone. Her fans are super proud of her accomplishments. Her success stories have helped lots of fans to believe that they all can do the same things with the same confidence. A super fan got emotional and wrote that the post has elevated her bandwidth to go after the dreams that she felt was wrong. It is really crazy to explain how he inspires her followers to focus on their life. The fans seem very happy to see her opening a new branch.

KandiBurruss hinted her fans on Instagram a few days ago that she had some exciting news to share with the world about the stores.