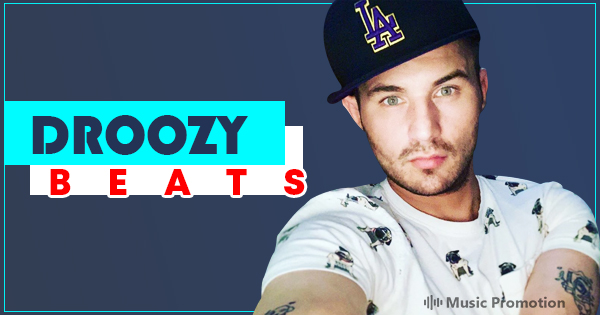 With fresh beats and honest reflections on his personal life, Droozybeats makes the exclusive song ‘Sexy Savant’ about the lonely city lives and money-making dreams. His goal in the big city is to live life like it’s the last day of his life; like he won’t see tomorrow for the reckless choices he makes and the intoxication that fuels his creativity. The budding Las Vegas hip hop artist is looking forward to making more music that is based on the tragedy and fortune he has experienced in his large life that he started from a small, broken house. The song like an ongoing-movie of the artist produced by droozybeats records inc.

His life hasn’t been a simple road that only led to one place, music is a part of his life like many other important facades he is proud of. Making ‘Sexy Savant’ is one of the moving moments in his life because he realized a new dimension of worldview after an ugly episode where some drunk hooligans heckled him, pushing him down the line where he came up with the idea of the smashing hit song. Drugs drive him mad and he likes that, it boosts his creativity and makes him an animal, a lover of art that is so profound and intangible that can only be understood with ear-soothing melodies and hip-moving high bass of his hip hop songs.

Only singing doesn’t define Droozybeats because he organized an independent studio and now producing music with the local honchos in music to make his own league of people who have seen the hustle and vibe with the magic of hip hop culture of the city. Refraining himself from any barriers of musical genre, he is desperate to make some Jazz and R&B records shortly as well. ‘N,M,E’s’ is the newest track that he has sung about his dope life and rivalry in the industry because it is hard to survive in a grown-up world. Get all the new updates by following him on Instagram, Twitter, and Facebook.

Visit to hear this song ‘Sexy Savant’ on Soundcloud: