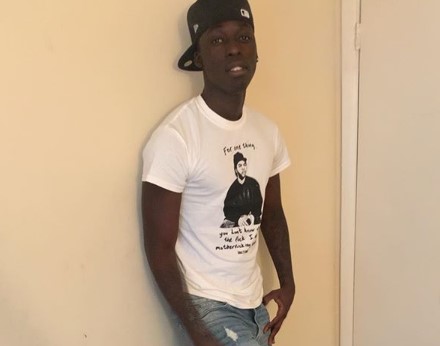 The track by the astounding rapper NBH Leek has made an indomitable impression on the minds of the listeners. His stardom has catapulted to incredible heights with the track ‘Bands Today’ that also features COUNTUPDAE. The terrific exponent of rap is the owner of an up to the minute production house called ‘No big homie ent’ that has state of the art facilities. He has been gunning out brilliant numbers with dashes of reality based on the mundane life of Atlanta. According to him, his entire existence revolves around music as he breathes in the surreal world of new-age hip hop. He is a young sensation who is spirited enough in dishing out ripping numbers that would create an aura of ecstasy.

NBH Leek has created an immense impact on the track ‘Bands Today’ with the vocal variety and subtle touches of funk. It is a promising number with on-point sounds of contemporary rap. The infectious hook is accompanied by a well-crafted groove that lights up the ambiance. The impressive passionate moments in the track are brilliantly memorable. The elements of fusion fit the bill with a blemishless mumble in the rap. The fans are curious enough to know about his personal and professional life as they log in to his Instagram and find out about his projects that are in the pipeline.

The singer has carved out a niche for himself as a strong performer with this ravishing song. The cracker of the song has got breathy vocals with an engaging rhythm that makes the track a savvy gem. The pristine production of the track is evident in the multiple layers that make it even more absorbing as the audiences are thrilled to the bits. To listen to the fascinating beats of his hip hop numbers, the audiences can plug into popular music streaming sites like Soundcloud.