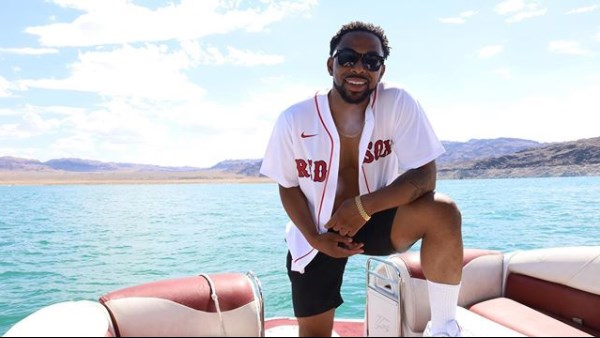 The hot and fresh hip hop artist and songwriter from Las Vegas, Burrows wields some unique bars to draw an outlet for his provocative thoughts in the song ‘Sauce’.

(WorldFrontNews Editorial):- North Las Vegas, Aug 25, 2020 (Issuewire.com) – The upcoming hip hop rapper Burrows is counting every minute since the major release ‘Sauce‘ on Spotify. It is the latest track from the full-length album called ‘Don’t Touch My Head Phones’. The album has a list of seven songs and the new release is the biggest hit of all. It is produced by Sunny Vegas Records and filled with the powerful and sassy beats that are found in the air of Las Vegas. Its soothing and melodic wordplay with heavy bassline makes the song different from his other projects. It is full of colors and emotional imageries that confirm his strong mindset and relentless passion for music.

He is coming out of the Northside of Las Vegas where he pursues all his big dreams of becoming the most-paid artist through the nonstop production of creative music. He is eager to work with the indigenous artists who share extreme level potential. Music is a limitless horizon for the new rapper who wants to play music in different forms and shapes. He is a popular DJ in the town who turned to be an outlandish entrepreneur with his futuristic plans. Music is another side of the same creative person who writes and composes songs to share the burdens and gratitude of his heart.

Burrows sings the new track ‘Sauce’ with hypnotic rhythms to describe the vanity of the close mates who think they know him when they don’t know what his reality is. ‘Girlfriend’ is another famous song off the same album that goes with interesting hip hop waves to describe the unfathomable chemistry between him and his girl. Get all new information about his upcoming projects on Facebook, Apple Music, YouTube, Twitter and Instagram.

Listen to this track just visit the given below link :