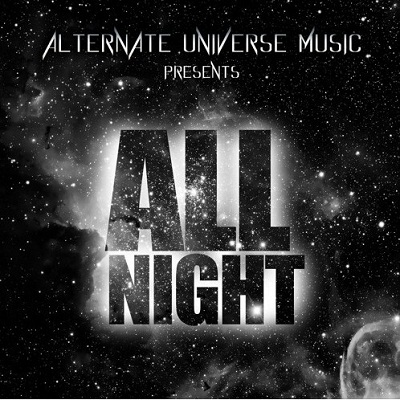 ALTERNATE UNIVERSE MUSIC’s latest offering fades out all the old Halloween records of the previous years because a new era begins with the dramatic drops of the newly emerged group. All the EDM hitmakers can turn to simply bygones with the new tracks that they have dished out this month. The group of three based in San Leandro has released two highly positive songs with an ostensible nod to the spirit of Halloween. Focusing on bringing back the vitality on this dreaded earth, they have produced marvelous music that celebrates the nightlife and rush of fading moments. Life is uncertain, and they put their dancing shoes on to make everyone dance on their groovy numbers streaming on Soundcloud.

The year is reviving from its doomed state, and the statesmen of the vast music world are not taking a single moment to make songs that will give you a time trip. The newfangled artists from the United Stated s are not left behind in that case either; the upcoming EDM group ALTERNATE UNIVERSE MUSIC is making some noise in the current scene with their new chart-busting songs. ‘ALL NIGHT’ is the latest track that paints the picture with vibrant colors to represent a bizarre atmosphere. It recreates the moments of jitters soaked in late-night vibes. They produced it off the cuff during the chaos of Coronavirus and the ambiguous uncertainty the world is living in.

Alias Tone, Scarback, and Rob Raw are three friends who found the same fire for the impressive taste of EDM soundscape and instantly turned into a group that becomes the future of electronic music. Amazing beat drops and striking hooks fill the dark void created inside the morbid souls. ‘FULL MOON’ is a homogenous mix of house music with the sheen of pop rhythms that make it superfly for the dance floor rockers. Their distinct bass work eliminates sadness and numbness from every cell of your body. Get the astonishing EDM tracks from the new group on Soundcloud.

For more tracks of ALTERNATE UNIVERSE MUSIC, go through the below link: