Los Angeles Rapper Dirt flaunts his outstanding energy with his songs that encouraged him to overcome the jitters with his improving positions in the music industry. 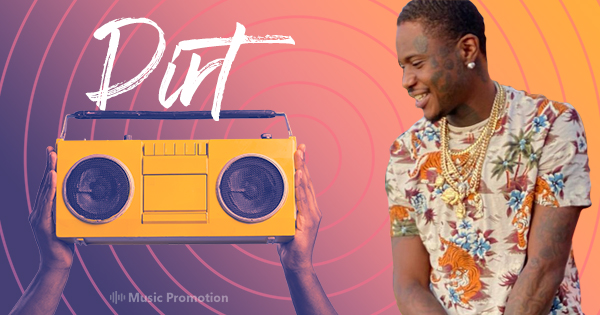 With one focus on the mind, the remarkable artist Dirt is moving ahead with the same passion in the international hip hop industry to develop individuality that isn’t easily glanced over. The emerging Los Angeles Rapper Dirt is devoting his integrated dedication towards the idea of making some good noise for his originality in music and influence people to love themselves with the attributes and positions they obtained so far in life. His new songs are the representation of different moods that sometimes sink him and sometimes save him from imminent destruction. From gangsta rap to mid temp trap hop, he flatters his prowess of making a sublime combination that creates a strange environment for the listeners.

‘Yellow Diamonds’ is a stompy rap song wielded by the passion of expressive concoctions that dissipates all the heavy thoughts and underdog mentality from the horizon of your mind. He succumbs to the pain in order to overcome his fear of delusional suffering from emotional attachments and vent the frustration out with his terrific rap flow. He grabs the notions instantly in a moment and tries to figure out the depth of his thoughts, eventually, that becomes a song with a soul. The intense rap verses and the amazing energy of the rapper help him to make his performance in ‘Blame It On The Liquor’, a world-class experience for his followers.

Dirt is a young rapper living a happy, boujee life with money in his pocket and diamonds in his fingers. He doesn’t hesitate to flex his riches and stories from his favorite cut parties that make a suitable plot for his music. With ‘Money’, he directly talks about the baggage he carries for the rogue intentions. It is a song of power and motivation to follow one’s dreams to attain all happiness. His flamboyant lifestyle gives him indications to make music based on real events. Get all the songs on Soundcloud and find him on Facebook and Instagram for more information.