With a Broken Soul, MiSeR Records True-To-Self Hiphop Numbers for his Fans

Singing about love and delusions, the new rapper MiSeR lets his fans to take a close look at his broken pieces of heart with the emo-rap songs. The upcoming Louisville musician proves himself to the kryptonite of the new wave in the hip hop community with the new songs that represent his poetic attributes. The songs are lyrically elevated, depicting the cracks in his heart obtained from the fading memories. His musicality is based on his honesty and self-realization that slide smoothly into the atmosphere. Creating a little buzz with the latest singles in the hip hop town, he grabs the chance to make a deep connection with his fans. 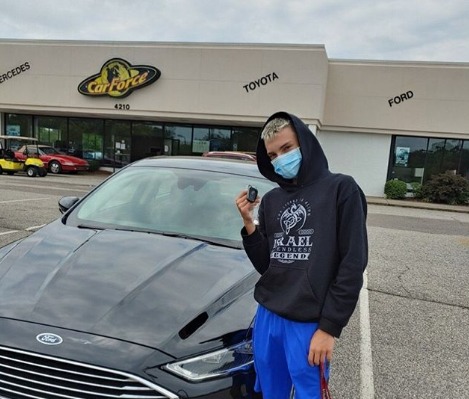 Being a teenager is hard and MiSeR makes the pressure of being on the verge of natural transformation to be the main plot of his music. Like a rollercoaster, his life has seen many ups and downs with lessons that he learned for life. The killer vibes of his songs claim all the attention of the hip hop lovers who are looking for reflective music. There isn’t a better rapper than the flamboyant artist of 17 years who is trying his best to make out the most of his life by projecting his outlook through the mesmeric verses of his rap songs. ‘Bottom’ is released in late October on SoundCloud and it is already making a lot of noise in the industry. The eclectic beats and whizzy bassline create a surreal environment to fight away your melancholy.

His new song ‘Lost’ is crafted with mellow vibes of trap music that penetrates into your soul with heartfelt lyrics. His young heart has been shattered many times and nothing hurts bitterly than loving someone who leaves in the middle of a journey. Its fizzy beats and dark metaphors show that life isn’t easy. With its twists and turns, you find the real meaning of life. ‘Wanting To Love’ produced by Kubsy Beats is a wonderful love story that explores his romantic flames with his soft crooning. Find the best contemporary music with him on Soundcloud. Get all the latest information about his recent projects on Instagram.

To check out the songs of MiSeR, visit the given link : https://soundcloud.com/502_miser