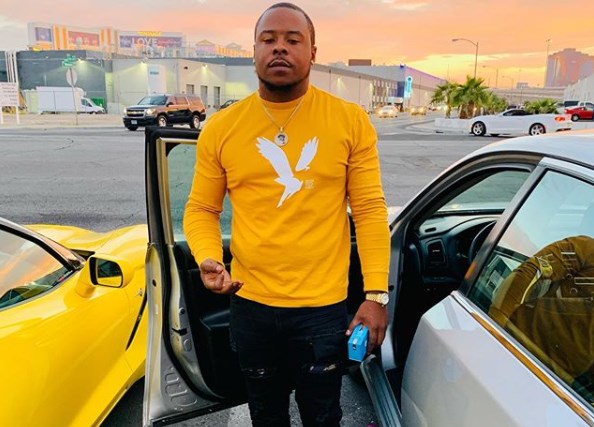 The upcoming hip hop artist Kane’O flatters his influential skills of rapping about his realization when reality hits him hard in the brand-new song ‘Out The Mud’.

(WorldFrontNews Editorial):- Chicago, Nov 9, 2020 (Issuewire.com) – Growing through the hustle of life, the new Chicago-based hip hop star Kane’O shines like the royal diamond in the hip hop community. His unfathomable curiosity to figure out the serendipity of life has pushed him to take unknown roads that lead to epiphanic consequences. He has recently come up with a new rap song ‘Out The Mud‘ where he pays respect to all the real-life hustles and their dreams with a shout-along chorus. Its monotonic rise of boom-bap bassline helps him to make his story more dramatic than ever. Soaking up all the emotions that inspire him to be a better man, he thrashes out his self-contained realizations in a unique style of emo rap.

He is standing on the verge of eminence with his consistent music productions and continuous interaction with his fans. He is the rising star on Spotify who is gradually unraveling his mystic aura and unforgettable rap skills to the world. He started to grind in the industry in his young blood and gained some spots in it with his discreet compositions. His songs illuminate the ins and outs of struggles that make an artist tough for surviving in the industry. Produced by Retro World Ent. Profit Ave Ent, ‘BACK 2 BASIC’ is crafted with exalted hooks that are catered to the audience to keep their heads high.

Kane’O comes back with the familiar touch of flaunting his good life and the endless numbers of his admirers in the new song ‘Out The Mud’. The verses are as strong as iron and the words build up a story that is personal and empirical. Follow the new artist on Spotify, Facebook and Instagram to get updates about his upcoming releases.

Listen to this track visit the given below link :