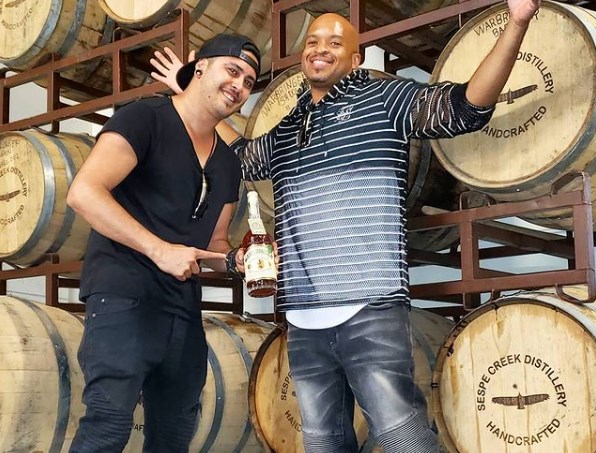 (WorldFrontNews Editorial):- Los Angeles, Nov 18, 2020 (Issuewire.com) – Music offers the ultimate form of escape from reality making a tremendous and long-lasting effect on the minds of the listeners. One of the finest musical talents from the industry ZupaStarz Rawcel and Davy Brown have come together forming a band called ZupaNova to showcase their extraordinary thematic charisma. After a long interval, the band is back with their ultimate club banger ‘Pop Pop‘ featuring Arii Brazil on popular music streaming platforms. The track is rich in compelling EDM beats intermingled with a prominent hip hop beat in each step. The dynamic vocal performance by the artists makes the track one step ahead of its contemporaries. The song offers an exciting music video featuring an eye-catching visual presentation that brings out the rare delicacy of the band’s creative artistry.

The extraordinary band was established in 2012 in Los Angeles with ZupaStarz Rawcel, who was a songwriter for The Black Eyed Peas and multi-genre producer and recording artist Davy Brown. The band has placed number 65 in the Top 100 on Mediabase IHeartRadio charts with their new song ‘ZupaHot’. The band has made exceptional progress in their inspiring thematic journey that has put a smile on the faces of their audience. The extraordinary versatility in their music achieved through experimenting with diverse rhythmic elements has been paving a new path for new-age vision in the contemporary music scene. The head-bobbing melodic flow of their compositions is enough to bring the listeners to the dancefloor without a fail.

Working with the production house Royal Cell LLC, ZupaNova has released an epic party anthem called ‘Pop Pop’ featuring gifted musician Arii Brazil. The song has already gained vast popularity among young party-goers all over the world. It has debuted Top 100 on IHeartRadio Mediabase Charts peaking at #41. The band has been a prominent figure in the industry with their earlier hits like ‘Crease’, ‘Trust Issues’, ‘Where Dat Weed At’, ‘Killin It’, and more. They are planning to do a Virtual Benefit Concert in support of the Ambition Student Scholarship Fund and THE DIALOGUE on YouTube Live next month. Follow them on YouTube, Twitter, Facebook and Instagram for more.

To enjoy the music video ‘Pop Pop’, visit the given below link :