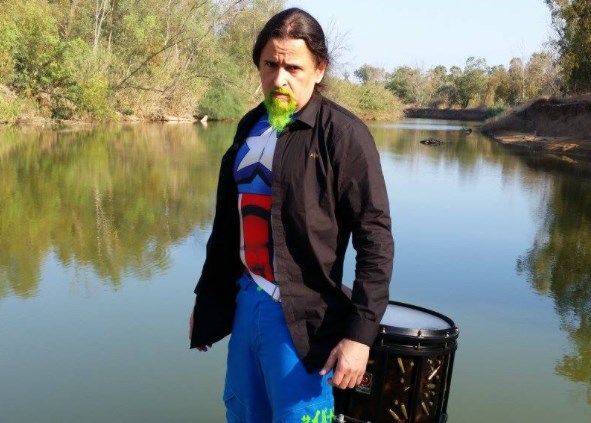 Churning the flavors of heavy metal Nir Nakav drops his debut independent EP. This uber-talented Israeli drummer showcases his magic and skills through the tracks.

(WorldFrontNews Editorial):- Ramat Hasharon, Nov 21, 2020 (Issuewire.com) – Good News for metal lovers as Nir Nakav has come up with the latest EP ‘The Nir-Death Experiment (Hostis Humani Generis EP)’. The EP has a total of four tracks among which ‘Hostis Humani Generis’ is the main track. The other three tracks feature the same song with a different approach as an instrumental experiment. The project was released under the production house of Brotherhood of the Wolf Ent. The vocalist shows some extreme growling skills with mighty vocal improvisations. And it is perfectly balanced with sinful guitar influences and uber-cool drum rolls. The playfulness of the guitar solo adds more depth to the soundscape making the tracks even more engaging.

From the city of Tel Aviv, this well seasoned Israeli drummer is producing some exotic metal music that is creating a buzz around the globe. Although this EP is the artist’s first independent work, he has been reigning in the industry for quite a while now. He has been playing drums for more than 40 years now and his prolific musicianship as drummer reflects on the tracks ‘Hostis Humani Generis live @ Bardo’ and ‘Hostis Humani Generis 2 live @ Bardo – Instrumental’. It’s amazing to see how this man flawlessly plays with drums with lightning-fast rolls, snaring and double-timing.

Aging like red wine, Nir Nakav is getting better, stronger and faster. The artist is trying to create more of his work as a therapy that depicts his painful personal story like this EP. Follow him over Facebook, Instagram and Spotify to know more about his music.

Listen to these tracks visit the given below links :