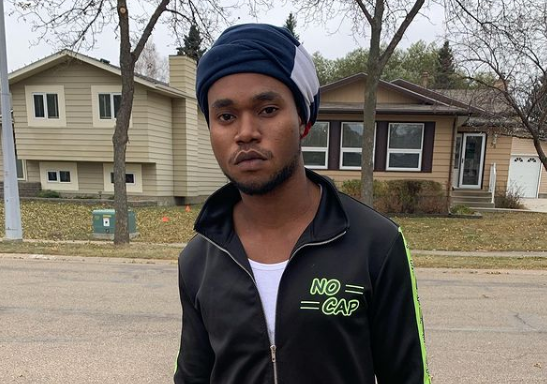 The unrelenting heavy electronic sounds are a hallmark of the prodigious rapper Rico 4L. He has come with the ripper of a track ‘Struggle Flow’ that is mixed and mastered by Jawni. It is a scintillating show laid out by the very talented Canadian hip hop artist. The rapper is only 21-year-old and came up with his first single very early as a 17-year-old. He is also the owner of an up to the minute production house called ‘Rico’ that has state of the art facilities.

In the brilliant track ‘Struggle Flow’ by the astounding rapper Rico 4L, there is a natural rasp. The soft touches of funk with an insane release in the track make for some exciting stuff. He wants his tracks to reach all the fans of hip hop across the world. His tracks are dished out with a dash of reality and are very relatable. The tracks come from the core of his heart and are just no less than exquisite offerings for his fans. The fans can know more about his queued up ventures by logging on to his Instagram handle.

The delightfully entertaining number by the rapper par excellence has got some plenty of energy that is vibrant. He has written this number when he was going through a rough patch in his life and that has brought the best out of him. He was thrown out of his house and during the phase when he was homeless, he has created this immaculate chartbuster. He stayed in the basement and the sorrows multiplied as he was hungry and broke. Soon he realized that he has nothing left his native city Edmonton and shifted base to Moncton where he created some great music with his friend and producer. One can listen to his tracks by logging on to popular music streaming sites like Soundcloud.

Listen to this Rico 4L’s music track on Soundcloud: