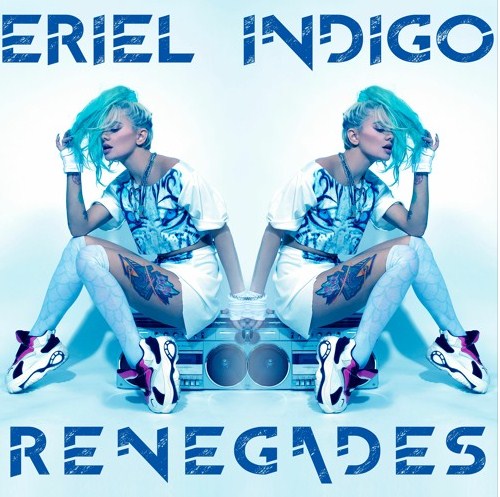 Stylishly establishing herself as the face of new generation hip-hop, artist ERIEL INDIGO is slowly but certainly taking off the right plane to create a havoc impression. Driven by her unapologetic attitude and intimidating aura, the California Versatile Music Artist has given a defined taste of her unique musical approach and is distinguishable from the others on various aspects. The female vocalist’s immersive performance to deliver a counter-cultural voice to her audience has made her wildly famous amongst the crowd and the singer has geared up to present her all in the upcoming 15 tracks EP Angels and Aliens.

To give the audience a glimpse of her standout creation, the performer has recently released a rowdy single title ‘RENEGADES’ to evolve her reputation to the next level. The musical impact created by the song is enough to solidify her name in the mainstream. The profuse genre-bending hip-hop sound combined eclectically with future bass music works creatively to highlight the talented rapper’s mystically resonant voice. The artist intends to encourage the audience with her direct tale but leaves enough space to let them derive their meaning. Her powerful voice shines out throughout the span to speak of the ongoing rebellion against the power that aims to rip everyone apart. The artist’s powerful words perfectly complement the agenda and the biting electronic style keeps it highly engaging.

Coming from California, ERIEL INDIGO is a Los Angeles-based music artist whose creativity in the space of EDM, hip-hop, Alt-pop, and Punk-rock brings an astonishing style to the forefront in form of high-energy anthems, and the single ‘RENEGADES’ is no different. The way the singer’s voice blasts into the scene, keeping everything real and inspiring, is sure to resonate with the audience and help them find a common ground. For more details on her upcoming singles and videos, follow her on Soundcloud, YouTube, Facebook, Instagram, and Twitter.

Don’t forget to listen to this track on Soundcloud: https://soundcloud.com/eriel-indigo/renegades