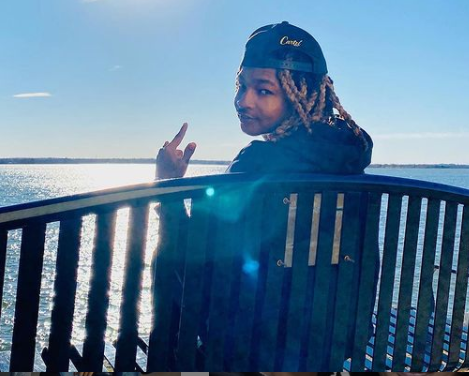 Upcoming artist Lonleybandz is creating a mesmerizing scope of lyrical and rhythmic magnetism in his newly released soundscape, ‘Cartel Running It Up’. Although very new in the artist, the artist is already paving a path towards musical accomplishment with his hard-hitting lyrical verses and rhythmic arrangements. He is a man of vocal prowess who lends his resonating rhymes to the structure of the song. The new song is an endearing account of themes and verses that the artist puts together to form an invincible bond. His interpretation of hip hop is eccentric as he distributes his creative arrangements across the course of his song.

The upcoming Tulsa solo artist maybe all of 21 who is currently based out of San Diego, California. He is associated with the label Cartel oil records that are instrumental in his growth and exposure as an artist. The song ‘Cartel Running It Up’ creates a compelling membrane of contemporary hip hop and gives the audience a sneak peek into what is coming next. His music is personal and tells stories about his life and experiences. As a result, his soundscape is a reflection of his true self that he reveals before his audience stream.

Hip hop’s cultural story goes back in history as artists have found themselves interpreting the genre as per their perspectives. Artist Lonleybandz is also eccentric in his creative individualism that gives his soundscape an edgy texture. Some of his songs that imbibe modern-day hip hop structures include ‘Oceans’, ‘Through the Town’, ‘Damaged’, and ‘Out the Mud’ among many others. His music is gradually penetrating the hip hop industry and garnering streams of audiences on the way. His potential is unparalleled as he gets ready to capture the attention of the global crowd. If you are an avid hip hop fanatic, follow his work and stay updated on all his latest releases on Soundcloud, Instagram, and Twitter.