The unwavering personality of Chazo is hitting hard through his latest single ‘Can’t Help It’. The track churns out the flavors of alternative hip hop music while infusing soul to it. The rapper has done an amazing job in performing with an unusual music arrangement that is perfectly balanced with rhythm and melody. The sound design is emotionally rich and ebullient at the same time. R&B like soft beats and digital grooves keeps things hypnotic while the rapper delivers an eclectically flawless performance. The female vocalist has well complimented the rapper with her soulful voice and enticing singing style. Such representation of alternative hip hop music doesn’t fail to engage the listeners. 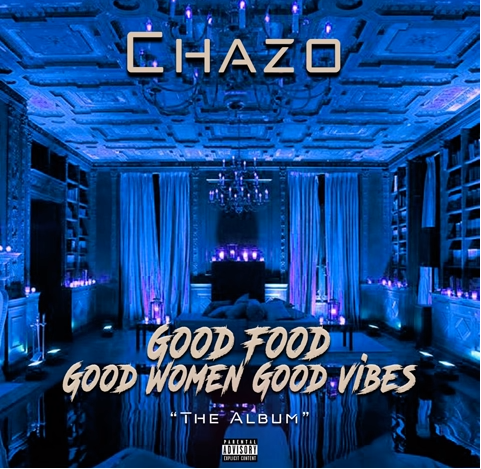 Hailing from New York, this rapper is making some significant progress through the music industry with his amazing hip hop tracks. The latest track ‘Can’t Help It’ appears in the latest album released by the artist, titled ‘Good Food Good Women Good Vibes’. The album consists of a total of eleven tracks and each of them provides a distinct feature than another. Some of the tracks like ‘Stadium Music’, ‘GoldenEra Vibe’, ‘Another Story’, etc offer the listeners a different side of hip hop that they never witnessed. Featuring a confident approach with optimism and hope, the artist’s tracks are written in a manner that instantly channelizes energy. His tracks have been released under the label of Familyloyaltyoughtawin Music publishing.

This uber-talented rapper has developed his knack for hip hop and rap at a very young age. He started making music at age of 12 years only while residing in Harlem. Since then, the artist has continued his musical journey and got powerful with every release. This musical powerhouse has garnered a lot of attention and got quite popular with his great sense of original music. Celebrities and entertainers like Kim Kardashian and Draya have posted his music on Instagram. Gaining at full throttle on his musical career, the rapper is looking forward to making exquisite hip hop tracks to offer the listeners something new.