Apart from its rich cultural significance, the genre of hip hop has become the primary form of expression for many young artists out there. Inspired by the honest and genuine aura of the genre, young and talented hip hop artist Los Angeles, Poppy Womacc has devoted his life to creating a soundscape that is relatable to everyone. He has recently dropped another masterpiece banger named ‘LIVE ON THE DUCE’ on major streaming platforms. The song is produced by 420 Tiesto and features talented rapper TINY ROCC. It is an energetic number with the perfect balance of charismatic hip hop resonance and hard-hitting rap verses. 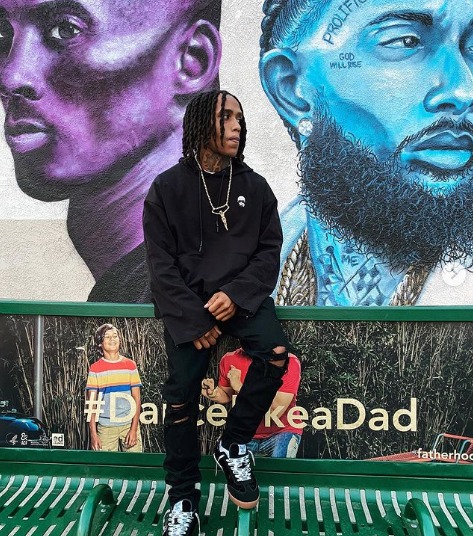 Being an avid fan of the hip hop genre, the hard-working hip-hop artist from California has developed an amazing talent for singing and music-making. He uses the best sound and texture in his music without compromising the quality of his compositions. The prolific musician has welcomed the influence of different musical forms and styles in his music, inspired by his favorite artists. Due to his exceptional efforts, he has become quite an admirable person in the hip hop industry. His unique approach to music has set him apart from the crowd.

Working independently, Poppy Womacc has delivered numerous hit songs to his fans. He has recently teamed up with fellow artist TINY ROCC to creating another masterpiece, ‘LIVE ON THE DUCE’. The track is the perfect manifestation of his inimitable rhythmic style that cannot be imitated. The clever chord structures and the progressive rhythmic arrangements have left the audience in awe. His other songs ‘BENZZ’ with Tiny Rocc X YL DUSSE, ‘VALLEY GURLZ’ X TINY ROCC, ‘SOULFOOD’ x OG NICCY D, and ‘VIBEZ0 XROCCY MOE’ also feature his signature lyrical grandeur as this one. Follow him on SoundCloud, Facebook, and Instagram for more updates on his upcoming projects.

Just go for this track ‘LIVE ON THE DUCE’ by Poppy Womacc  :