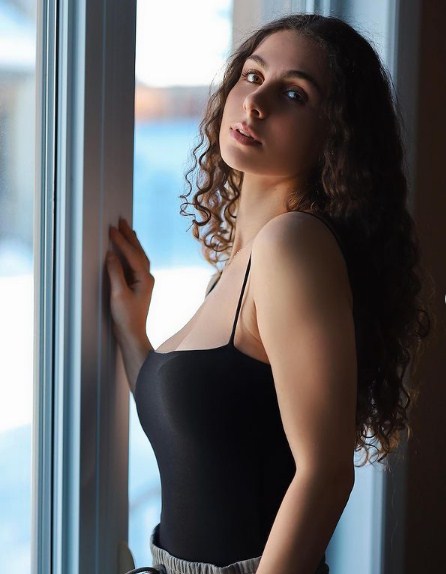 Creating an appealing scope of contemporary pop music is upcoming artist Jenny Z. She recently came out with the single, ‘Backseat’ that corresponds to the various themes of modern-day pop in the most creative ways. The song is a thematic representation of the young and the restless emotions and hence, utterly relatable to the modern crowd. The artist delivers her angelic voice to the song that gives it a creative boost in the right direction. Her use of modulations and production arrangements device an astounding course that stands as an example of pop music’s current essence in all its glory.

Eugenia Ziss is an upcoming Montreal artist who is living up to her name to the fullest. The song ‘Backseat’ is a driving force that has provided her soundscape and career with a significant boost. The Canadian artist is associated with her own home label Ziss Records that gives her ample permissibility to accomplish her dreams. Her unique approach and style have already sent out waves to engagement in her city. Her sound defines her aura as she is constantly improving her skills, methods, and understanding of music to achieve the highest creative abilities.

Artist Jenny Z has many other songs to her name such as ‘Silence’, ‘Change Me’, ‘Get A Life’, and ‘SSx2’ among others. All these songs contribute to her glorifying soundscape and push her to accomplish bigger goals in her career. Some of her songs also utilize extracts of hip hop and rap that further diversify her music and sound. A prolific singer and songwriter, her patience, hard work, and resilience are paying off, one song at a time. She is always on the move and she is currently working on her next single. Know more about her by following her on the platforms of Soundcloud, Instagram, Facebook, and YouTube right away.

Check out this link to listen to this track on SoundCloud: