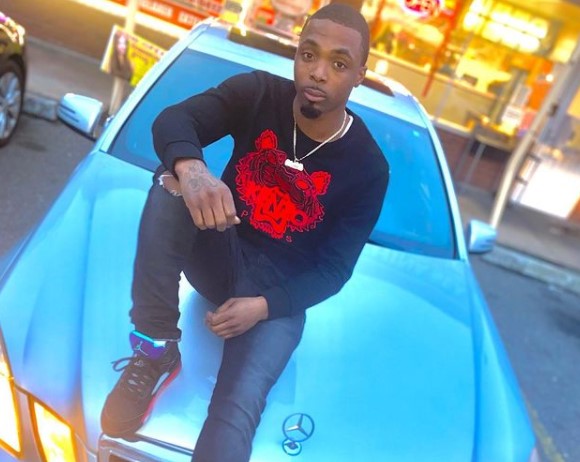 (WorldFrontNews Editorial):- New Haven, Connecticut Mar 4, 2021 (Issuewire.com) – The iconic Connecticut hip hop artist John Dott has started to rise quickly in the current hip hop scene with his latest music video ‘Hellen Keller‘. He dropped it on YouTube on March 2, 2021, and his struggle for recognition hasn’t been the same ever since. He welcomed a new chapter with the volatile music video because people from all around the world began to appreciate his decent vocals and deftly composed rhythms immediately. As an indie artist, he started from the bottom with his original compositions to outshine the smartest upcoming artists of the industry. Though the first few months did not reflect any prominent result, this music video has changed the game all of a sudden. He has gained overwhelming popularity that he was striving for a long time. It took just one moment to click with his audience through the acerbic rapping style juxtaposed with phenomenal hip hop beats. He remains on the edge of a glorious music career with the surprising viral success of his new project.

John Dott is known for his acerbic presentations with creative implementation of honest-to-goodness lyrics, depicting the reality of today’s generation. He has clearly adopted a new formula to adjust with the streaming ear of hip hop. Shortly after the release of ‘Hellen Keller’, his demand in the music industry has increased. His constant progress with people’s approval has emboldened a few top music producers to work with him. He personally took the challenge to unveil the despondency and inhospitable dynamics of the economy through his caliber of producing arresting hip hop music. The latest music video is all about the ambiguous reality and the imbalance reflected on the surface of standard society. He captures the boujee style on the screen to represent what the youth is rooting for. He covered the music video with a full-grown personality and purpose. He makes it fun to watch with the lavishness he experiences every day. Making it about the journey of a young hustler, he provides the source of happiness through the elegant rap verses. Creating a hot and messy party atmosphere with a wild crowd and a stash of pots, he spreads his unshakable confidence to the young believers who often lose the track of life.

He makes sure that his music enlightens the youth about the meaning of life. He requests his young followers to nurture the innocence of their special smiles. Unlike other risqué artists, he had to struggle to find his way to the top. His music is about celebrating the strength and endurance of hustlers who never give up on their dreams in any condition. The gradual change of the subject of his music is utterly visible in another track ‘Venting’. He continues to his versatility throughout the growing discography. The breathless records have paved his path to success wider. He motivates the fellow artists by instigating them to fall in love with their own work. He is about to finish his debut mixtape “Big Snap” in March. He continues to work hard till he finds the perfectly unique sound for his next project. He likes to keep his way open for random experiments that bring mixed vibes to the audience. He learns something new every day when he rehearses his original compositions to give a top-notch performance in the upcoming tour. He doesn’t like to rehash the same style in a new project; so he keeps it unique by exploring different components of hip hop. Get more music from him on YouTube, Facebook, Twitter and Instagram.

To enjoy the music video ‘Hellen Keller’, click the given below link: