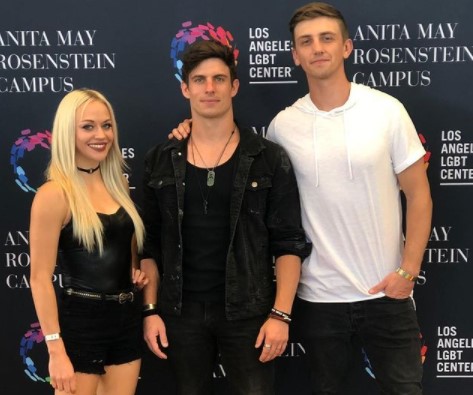 ‘Silent Empire’ by City of Sound offers everything that the audience expects from a sonically rich Rock album and the band shines out with their anthemic vibe.

(WorldFrontNews Editorial):- Los Angeles, California Mar 8, 2021 (Issuewire.com) – Being in a state where a listener doesn’t have to put in much effort to connect with a melody is perhaps one of the best therapeutic feelings. Kicking into the musical hemisphere with their impeccable musicianship and much more in store, popular band City of Sound is quickly climbing the ladder of success with their unique story and rock productions. The music group accesses their emotional energy and takes no time to wrap their energy around the listeners. The band never fails to surprise the audience with their stunning craft and is always in search of something new and exciting to present.

Installing fine moments of nostalgia with their banging rock sound, the band has recently released their fifteen tracks album titled Silent Empire. Few songs from the collection that are driven by the band’s genuine intention, outstanding caliber, and unmatched vocal range are ‘Silent Empire’, ‘The Madhouse’ and ‘Aurora’. Creatively toying with classic rock vibes and an unsettling soundscape, the band has performed with utmost passion and energy to make the songs sound infectious. The lead singer’s heavy stomping notes, the distorted guitars, and grunge-soaked melody line, makes each song stand out.

Built under the label CSM Studios, the songs ‘Silent Empire’, ‘The Madhouse’ and ‘Aurora’ revolve around the character Empire and her journey of reflection to self-discovery. Listeners can expect big sound, huge vocals, and some epic sonical moments throughout. Driven by three members, City of Sound is a 100% DIY Independent band out of LA and you can now hear them on Spotify and YouTube. Also, follow them on Instagram, Twitter and Facebook for more details.

Listen to these tracks, please visit the given below link: