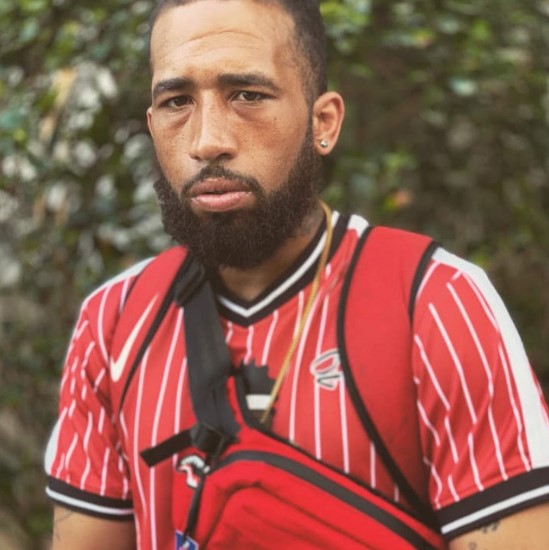 The upcoming brilliant hip hop artist Almighty Joker becomes the new addition to the proud league of hustlers from Indiana with the recent hybrid soundscape.

(WorldFrontNews Editorial):- Indianapolis, Indiana Apr 13, 2021 (Issuewire.com) – The hip hop industry is learning to accept new approaches that promulgate variations in the field of music. It has been welcoming new artists on the rise whose music stands on its artist merits. Such an exclusive major-label musician of the season is the brilliant rapper from Indiana, Almighty Joker. He is backing up the monotonous trends of hip hop with his extensively creative approach. His experimental rap music can open a new dimension for the upcoming generation. He has released a number of new songs on Spotify. The sweet wordy rap verses turn to a serious note with his prowess of using brevity for elaboration. His inertia is getting strong in the music market with the new music releases. ‘Jokers Back’ has become a new sensation for music lovers. The thudding beats and heavy grooves flaunt his dexterity in music.

Almighty Joker hails from Indianapolis, Indiana, the birthplace of many hip hop and R&B musicians who are tagged with the title ‘Favorite artists’. It is a daunting journey from the beginning but once the artists make the smooth ascent with the constant release, they find a permanent spot inside the hearts of their fans. Similarly, the new artist had to hustle for a while before getting the limelight on him for getting along with the record label Animal Control Entertainment LLC. He is open to new opportunities with the bolstering production house known for providing an ideal atmosphere to explore different entities of the music world.

He has nabbed the title of No.1 upcoming artist on Spotify for his charismatic hit song ‘Seven Dayz’. Though the song is written by Aj brooks and produced by Fliptunez. he doesn’t misguide the fans for the fantasy that he wants to live. His autistic disability helped him to focus on his emotions and build high walls inside his head to fight with the war against strange thoughts. He spits out the huger for his passion’s recognition and the untold truth about love in the deep and delirious choruses with stimulating twangs. Get the new artist on Spotify, Facebook and Instagram before he catches you off guard with his sensitive music.

Listen to these songs, visit the given below links: