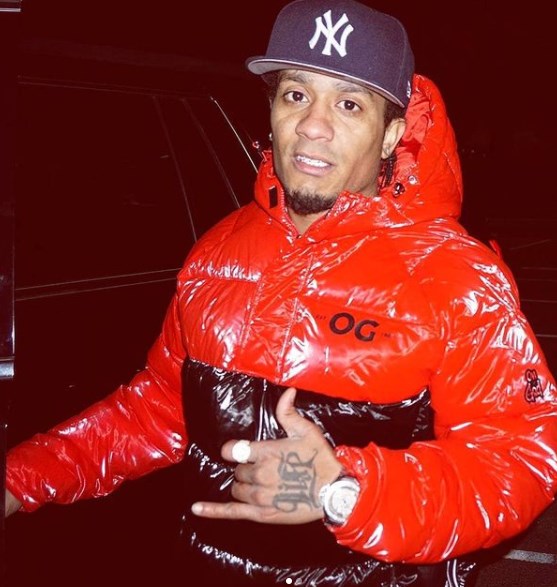 The upcoming rap sensation Dominiquichy has invented the balance between glitz and grime with his fluent trap beats in the new trip-hop song ‘Que Te Pasa Ti’.

(WorldFrontNews Editorial):- New York City, New York May 3, 2021 (Issuewire.com) – It is not easy to set an indelible footing in the hip hop industry at an early stage. The seasoned indigenous rapper Dominiquichy is a bilingual rapper and he mostly likes to express his deep thoughts through the Espanol rap flow. People rave over the new trend of mixing Spanish/Latin verses with English hooks in hip hop songs. The pioneering hybrid rapper has taken this trend seriously and produces a Latin trap song ‘Que Te Pasa Ti‘. it is one of the biggest music releases of this year under his hood. It is overflown with his blunt statements of reinvention. He manages to follow the line between the real love and the glitz and glam outpouring in the industry. He incorporates brutally honest lyricism to showcase the struggle he hides behind the spontaneous trap bars. The song is like a mask that keeps his mind safe from the constant murky negative smoke rose from people’s useless criticism.

Born Ramon Rodriguez, the versatile musician has been raised in the busy lifestyle of the concrete jungle of New York. He has formed a mystic connection with the soul-searching music that he had been hearing all his school life. Music was like a partner that understood his internal skirmishes. He wore his heart on his sleeves and played indomitable hip hop keys to express the urgency of communication. Words flew like rhymes from his mouth naturally when he was growing up. He was a victim of expectations but he learned his lesson the hard way. The nonstop grind in the industry prepared him with the nerves of steel. Now he makes songs to flatter his confidence so that the listeners can gain self-belief once again in their hearts.

‘Que Te Pasa Ti’ is the new trap music Dominiquichy has produced with the intense bass work. The electrifying bass work compliments the delirious crunk he adds in its groovy hooks. The trippy trap beats produce a hypnotic essence in the well-defined sound design. The rookie blasts with rapid rhymes which soon turns into a dreamy hit of escapism that is derived from the isolating atoms of his energy. Follow the upcoming rapper on Spotify,Twitter, Instagram and Facebook for all the latest news related to his upcoming music.

Listen to the song ‘Que Te Pasa Ti’, check out the given below link: