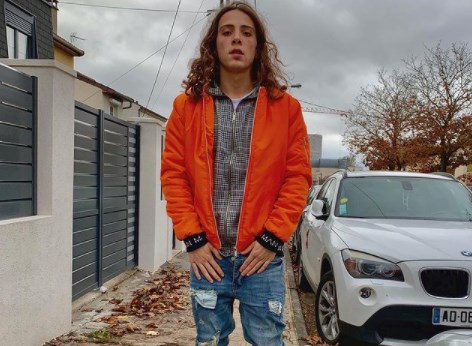 (WorldFrontNews Editorial):- Paris, France May 3, 2021 (Issuewire.com) – Originated from the United States, the genre of hip hop has reached every corner of the world breaking both geographical and cultural boundaries. The newest hip-hop star from all the way to Paris, France, Lejetski is spreading his dynamic energy through his incredible soundscape. He has recently released a jaw-dropping rap banger, ‘Univers ++ Banger‘ on major streaming platforms, winning the hearts of the audience. The French rap number features his hard-hitting rhyming flow that glides smoothly with the colorful rhythmic backdrop. His exceptionally robust voice has helped him construct an impactful rap performance that breathes life into the eloquent lyrical wordplay.

The talented Paris young rapper Lejetski has entered the rap game at a very young age. He grew up with multiple musical influences around him such as his own father, mother, and the works of the legend himself Michael Jackson. All that pushed him to express his thoughts and emotions in the most creative musical form that is hip hop and rap. He soon attracted the attention of the French hip hop community with his unique rap skills and thematic understandings. The brilliant artist is now widening his spectrum to reach the global audience adopting a more universal and versatile approach.

Working with the production house French Slime Record, Lejetski is defying the limits of contemporary hip hop. He combined different elements and styles from other genres to form the epic resonance of his latest single, ‘Univers ++ Banger’. The thought-provoking lyrical ballad exudes a sense of confidence in the listeners through its vibrantly positive lyrical illustrations. The unique chord structures and progressive arrangements make the song stand out in the crowd. The prolific artist is planning to drop more music very soon. Listen to his music on SoundCloud. Follow him on Instagram for more updates on his upcoming works.

Listen to the track ‘Univers ++ Banger’, click the given below link: