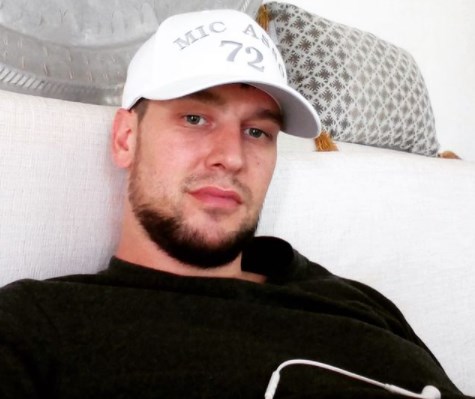 Rapper AQUA72 is the newest kid on the big spreading the streak of contemporary hip hop with his new track, ’Again’ in production collaboration with LIQUIDBEATS.

(WorldFrontNews Editorial):- Tubingen, Baden-Wurttemberg Aug 25, 2021 (Issuewire.com) – Music artist AQUA72 is delivering a promising scope of new-age hip hop chronicles with his newly released track, ‘Again‘. The artist is presenting his music with full throttle and captivating the audience rapidly. The producer and songwriter are gaining widespread acknowledgment for his new release which is in collaboration with the production house, LIQUIDBEATS. The song contains lyrical and thematic extravaganza that he performs with ease and assurance. The production is incredible as it takes the audience on a captivating rhythmic undulation.

The artist’s music is inspired by musicians and producers such as Mirobeats, Mexit, Luciano, RAF Camorra, and AZAD. The song, ‘Again’ brought him back to the limelight once again. He released his first album KUYA in 2020 and soon emerged as one of the best and most promising rap artists from Germany. After a brief setback, he re-emerged with his creative vigor and might, and energy stronger than ever before. His association with LIQUIDBEATS also enhances his collective production stream that defines contemporary hip hop like no other.

Artist AQUA72 is gradually expanding his soundscape aiming for global acknowledgment. His music has a way of impacting one’s soul through its confident lyrics. His wisdom and musical foresight appear in his music throughout. He is just getting started with establishing a legacy. He is currently working on a new album which is set to release in 2022 and also as a producer for Katana22.If you want to be a part of his soundscape and its endless lyrical scopes, follow him on Spotify and Instagram.

Listen to this song ‘Again’, visit the given below link: