SIR COG makes sense with lofty themes in his songs, appears to be enthralling

The compositions of SIR COG stand out from the other contemporary hip-hop and rap songs for their lofty theme and intense musical arrangement throughout the music. The artist has been releasing a number of songs and each song is riveting and satisfying for hip-hop and rap song lovers. Therefore, his two songs such as ‘We Outchea Freestyle’ and ‘Triller Freestyle’ can also provide you to feel high attitude after listening to this song. This talented hip-hop artist is here to enrich the hip-hop and rap field through his out-of-the-world music. The subject matters of his songs are directly connected with reality so his songs can touch people’s hearts easily. 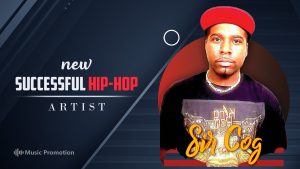 This new and talented hip-hop artist is trying to impress the listeners through his ecstatic compositions and he will improve them further as he always works on his crafts. Furthermore, the layers of his music in his composition ‘We Outchea Freestyle’ is the attractive flavor for listening to it more and more. His intense and lofty nature within each of his music is the main factor that could produce a high feeling attitude to the listeners. With the EDM effect and nice instrumentalism, SIR COG’s other music production ‘Triller Freestyle’ is a fantastic hip-hop and rap song production.

His work is followed by high inspirations and motivations and the theme of his songs is connected with real-life problems. Hence, the songs of this new successful Hip-hop artist would be engaging to the listeners. Recently his presence in both music and video streaming site is making noise. The followers count in Soundcloud, Spotify, and YouTube is also increasing at leaps and bounce. However, other singles such as ‘Wit My Pen’, ‘This Ain’t No Joke’ and ‘They’re Dying’ are worth listening to for being so exceptional. The artist is also available on Facebook for getting associated with his fans and followers.

Click here to listen to all these tracks on SoundCloud: