Businesses thinking about issuing a press release should know the press release definition and its benefits to get the best results and maximum return on investment. 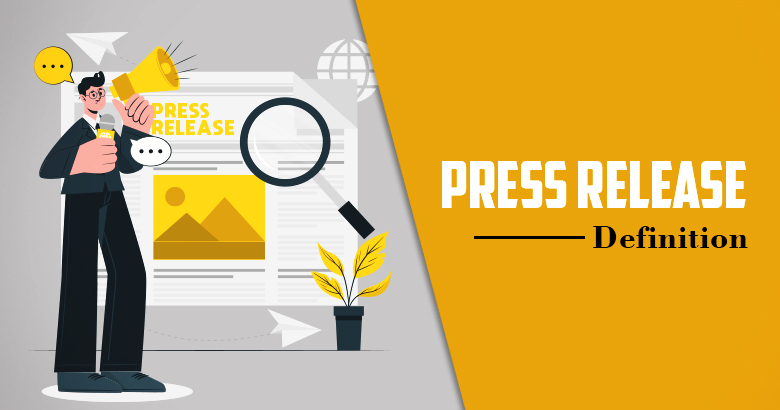 The popularity of press releases has not died even for a bit even though newer forms of advertising and marketing tools have been introduced to the market. The simple yet effective process of press release distribution is accessible for businesses of all scales, offering maximum return on investment. Though many believe press releases are outdated, they seem to be doing just fine at helping businesses acquire a global reach.

The press release definition is not that simple. A press release is a short news about your company or brand written by public relation professionals that are distributed to various media outlets to reach a broader audience group. It is basically a communication tool for companies to convey important news about the company to consumers and investors. They are also used to raise awareness about a certain subject or product among a particular group of audience.

The characteristics of a press release

• The ideal length of a press release should be no longer than a single page. You should keep it between 500 to 600 words. Readers find long press releases boring and they often get ignored.
• The most significant details are to be written in the opening paragraph. You must answer the 5Ws, which are What, Who, When, Where, and Why in the said paragraph. That way you will be able to keep the readers hooked.
• Press releases have quotes from important persons within the company to increase the credibility of the content and add a human touch to it.
• Press releases are mostly informative. That is why it is important to include numerical data like figures, rations, statistics, and more in your press release.
• The necessary information about the company and all the contact details are added in the last paragraph.
• Sometimes visuals such as images, gifs, and infographics are added to the press release to make it more interesting to the readers.

Due to mass digitization, most press releases are distributed and published online these days. There are lots of benefits of a press release and new ones are added every day to the list with online PR publishing.

• Press releases help you reach the target audience no matter where they are from with online distribution.
• PRs help you improve your brand image, especially when they are crafted and distributed by a professional PR distribution service.
• Press releases help you target the right group of audience. PR professionals research your brand and industry to comb through the massive consumer base and target the right audience.
• Press releases are very useful at increasing the online visibility of your brand. Professional PR companies distribute to major media outlets in every specific industry to make sure your story is featured on maximum platforms and websites and gets exposure from a massive number of the target audience.
• Press releases are cheaper than other traditional advertisements. They are closer to the news which makes them more credible and effective than any type of ad. That is why they are the ideal marketing tool for businesses of all scales.

How to acquire the full benefits of a press release?

Though there are numerous benefits of a press release, not every business is able to take advantage of them. The main reason behind it can be the poor quality of PR writing and distribution. Here is how you can use a press release to the fullest:

• Use simple language when writing your PR. An overly complex press release can put off readers in the beginning.
• Boosts your PR’s SEO. Press releases are mostly distributed online these days. To bring satisfying results they must appear higher in the search results. Craft the most appropriate keywords and include them in your press release to make them appear higher in the search results. Better ranks help you gain more trust and credibility in the market.
• The headline of the press release is the first thing that everyone reads. It must be eye-catching to attract the attention of the media and target audience. Keep it short, compact, and informative.

Follow the inverted pyramid structure when writing a press release. It follows all the international standards of PR writing.