Stack, a, Boston Rap Artist has come up with the song ‘So Gone’. It celebrates rap music and depicts the confidence that one must possess to break the norms. 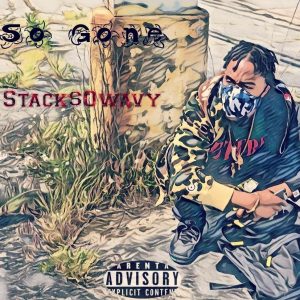 Artist Stack has come up with his latest song ‘So Gone’. The song within a few hours of its release has been gathering love and admiration of all kinds from people. Check this song out on SoundCloud. One thing that is indeed the most praiseworthy element of the song is his flexibility of vocals. And that flexibility is further glorified by the style he has adopted for it. It demonstrates a higher degree of confidence in the delivery of speeches. It will make a listener feel the vibe that he creates with the sheer harnessing of his skills. Instruments have been used in abundance in the true sense.

However, the song still abstains from making any musical complications so that the rap which bears the essence of his topic is not overpowered by the music. Still, the use of electronic music- syncopated bass has rendered driving energy to the song. His efficiency in selecting beats and composing music must be praised in this context. The subject of the song is realistic, which is magnified by the vocal of the Boston Rap Artist. It justifies the inherent belief of the artist in his craftsmanship. You must listen to the song as it holds the true spirit of hip-hop music.

No dreamy enchantment: the song depicts the intellectual confidence that one must possess to step beyond and break the norms and explore the new. The song celebrates rap music in the style of the artist. It hits hard to the ear and influences the mind with its artistic brilliance. Even, in the use of rhetoric, it is subtle and balanced. So, the rap ‘So Gone’ is not dominated by the heaviness of words. By using unexpected elements, the artist Stack is undoubtedly brilliant in his craftsmanship. To know more about him, check and follow his Facebook and Instagram accounts.

Listen this Song on Soundcloud: