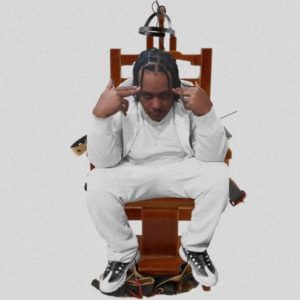 Artist Maniak MuGGee has just released his latest hip-hop album ‘DISTANCE DEEPER THAN SPACE‘. The album comprises 24 songs. The rapper is passionate since his Elementary school days. Pursuing his passion for music, the artist has given some of the best hip-hop experiences to his listeners. Through his songs, he creates different feelings and moods that anyone connects with easily. The album, soon after its release, has been listened to by thousands of listeners. The New York-based artist has given the identity of his deep understanding of Rap music in the album.

The song, ‘HATES & ENVY’, with the leading vocal and electronic musical arrangement, is passionate, energizing, and euphoric. Subtlety and precision delivered through every soundscape, it has accomplished the seemingly impossible feat within a brief time. The New York Hip hop Artist has combined some organic instrumental arrangements with the modern twist of vinyl noise in the song ‘Whippin & Flippin’. Sporting an energetic tone with a little touch of melody, the artist has made the listeners acquainted with his versatile side. Moreover, it, at some points, surprises by using unexpected musical elements.

Nonetheless, the most appreciative thing about his song, ‘Karma’ is his ability to write such expressive verses. His rap maintains poetic techniques and rhetoric. While rhetoric has justified the purpose of the song, poetic techniques have given it a structural balance. Both combine and make the song reach its perfection. The artist’s control over his voice has made all the songs of this album immersive and emotive. The voice is occasionally sped up and at times slowed down to create a euphoric and dreamy composition overall. So, listen to the amazing album ‘DISTANCE DEEPER THAN SPACE’. The songs are available on SoundCloud. To interact with his fans and talk about his music, Maniak MuGGee is available on Twitter, Instagram, and Facebook.

Just go for this sets ‘DISTANCE DEEPER THAN SPACE‘ by Maniak Muggee: